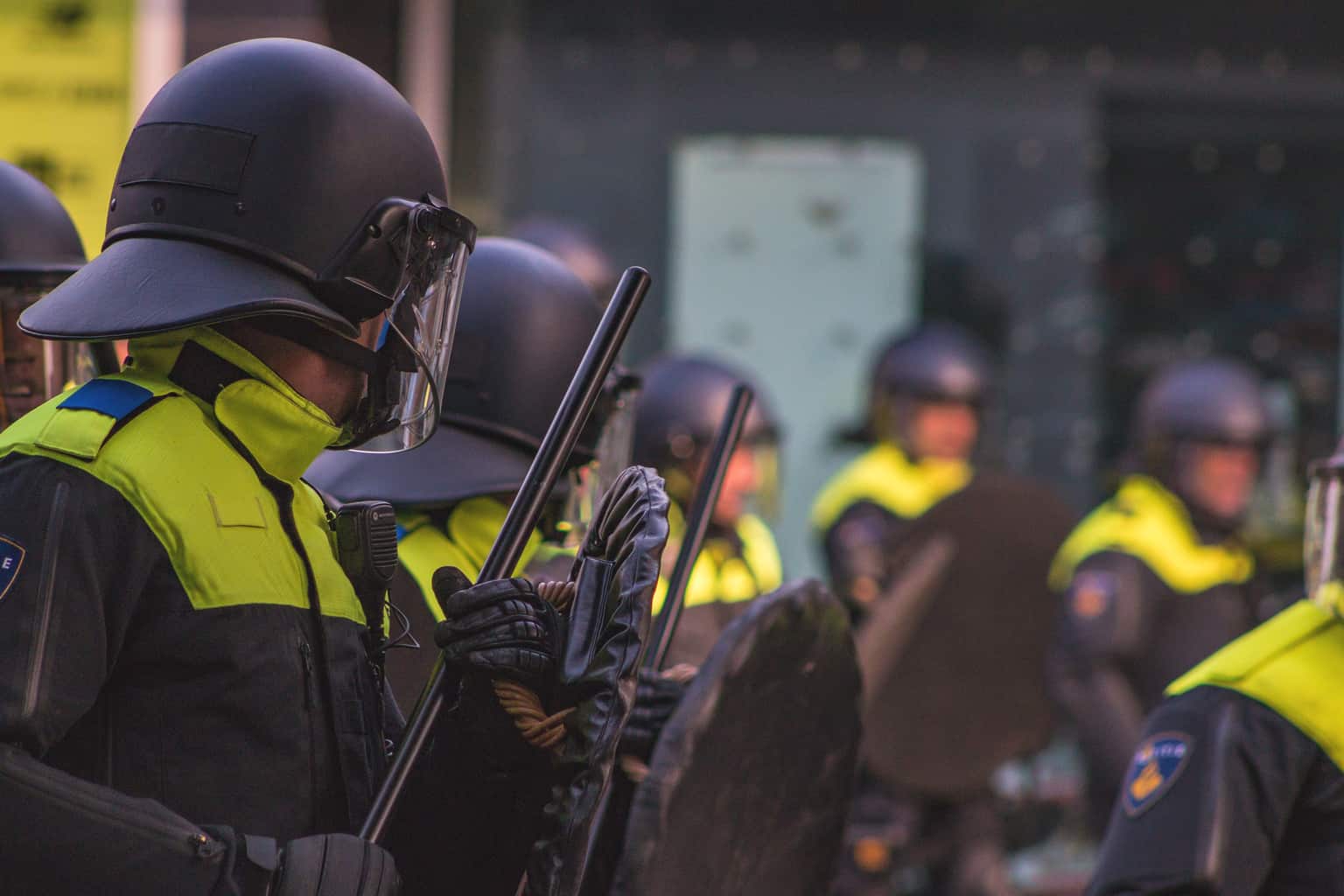 Many of the most respected people in the Bible were imprisoned: John the Baptist, Paul and Jesus—the author and perfecter of our faith. And they are not the only ones: Sampson, Hanani the seer, Joseph, Micaiah, Stephen, Jeremiah, Peter, Shadrach, Meshach, Abednego and Silas were all incarcerated. The truth is, we would not have the Bible without “criminals.” These men were all imprisoned for prophetically bearing witness to the Kingdom of God within earthly empires. Nevertheless, there are also Christians who committed crimes that warranted incarceration, like Moses and David, who both murdered someone but were not sentenced to time behind bars.

Many members of the early Church understood following Jesus as something that compelled them to countercultural action. Patterning one’s life after Jesus, they believed, sometimes meant engaging in nonviolent civil disobedience, which provoked persecution from the powers that be. These leaders prophetically bore witness to the Kingdom of God in ways that made many of their contemporaries uncomfortable, and in a manner that led many to denounce them and their actions as disruptive, divisive and counterproductive to the Gospel.

Nevertheless, they persisted. When instructed to refrain from following the Spirit’s prompting (whether preaching the Gospel in public, bearing witness to their true citizenship by refusing to bow before idols or rebuking worldly counsel that advised them to distort the truth to appease kings), they resisted earthly authorities, defied imperial orders, continued their prophetic action and peacefully endured the consequences their protest provoked.

These Christians were willing to be imprisoned for nonviolently resisting earthly authorities who acted unjustly and authorized legislation antithetical to the kingdom of God. They were compelled to resist in this manner because their discipleship reminded them where their true citizenship resided. Shadrach, Meshach, Abednego, Paul and Silas all continued their prophetic witness even after being arrested and detained.

Shadrach, Meshach and Abednego were so fervent in their protest that they were sentenced to death. Their civil disobedience was deemed so distasteful and unpatriotic that the king had to witness their audacity firsthand. These three noble, God-honoring men intentionally spurned earthly authorities and the law of the land multiple times. And God was pleased!

God affirmed their protest, intervening to rescue them from the flames of death. Since their protest was faithful, God validated their nonviolent civil disobedience. Their peaceful resistance prophetically bore witness to the kingdom of God, and the Lord affirmed their “lawlessness” because it was rooted in giving honor and praise to the one and only true God.

The Church, by and large, has forsaken public, nonviolent civil disobedience, which is supposed to be a fundamental component of Christian discipleship. We have thereby forsaken public demonstrations of faith that bear witness to the inbreaking kingdom of God in the midst of worldly empires. The early Church saw itself as outside of the confines of empire; it was, instead, a countercultural community marked by the cross of Jesus Christ.

Their faith was something that did not align with the political interests, socioeconomic practices and unrighteous ethics of the powers that be. They understood the empire to be antithetical to the kingdom, and therefore kingdom people were called to prophetically bear witness to their faith through resisting the power of empire.

In the Bible, Egypt is the first in a series of empires, including Assyria, Babylon, Persia, Greece and Rome, that embody power structures that benefit the elite, enslave the poor and dominate the weak. The notion of empire often describes political entities, but it is not limited to them. Symbolically, the empire represents any power that arrogates to itself the power that belongs to God alone or any group or institution that subjugates the poor and needy for its own advantage.

Rome was the most powerful and oppressive empire the world had ever known. Many believers in this era understood following Jesus required the Church to be set apart—a community called to resist the oppressive underpinnings of empire. Their faith in Jesus commissioned them to imperial resistance to the point of being persecuted, imprisoned or killed.

The opening accounts of the New Testament begins with a clash between the empire and Gospel, between the reign of Caesar Augustus and the reign of God, between a king who seeks to save his own power even at the cost of others’ lives (Matthew 2:16), and the king who lays down his own power so he might save the lives of all who are open to his reign (Matthew 20-28; Mark 10:45). At the heart of the Narrative of the Gospel is Jesus Christ. Through his life, death, and resurrection, God subverts the power of the empire, destroys idols which oppose the God of Life, brings good news to the poor, reveals the undying love of Yahweh, and proclaims a new kingdom of truth and life, of holiness and grace, of justice, love, and peace. The Narrative of the Gospel not only gives flesh to the liberating story of the Scriptures but it is the defining narrative of the Christian faith.

Many early church leaders understood following Jesus meant continuing to subvert the power of the empire; subverting the power of empire was a hallmark of Christianity. They saw this responsibility as a reminder of who they were and whose they were. The charge to subvert the empire’s power, therefore, commissioned the early Church to a radically alternative lifestyle, witness and ethic.

This article was adapted from Rethinking Incarceration: Advocating for Justice That Restores. Used with permission.

Dominique DuBois Gilliard is the director of racial righteousness and reconciliation for the Love Mercy Do Justice (LMDJ) initiative of the Evangelical Covenant Church (ECC). In 2015, he was selected as one of the ECC’s “40 Under 40” leaders to watch, and the Huffington Post named him one of the “Black Christian Leaders Changing the World.” You can follow him on twitter at @DDGilliard.