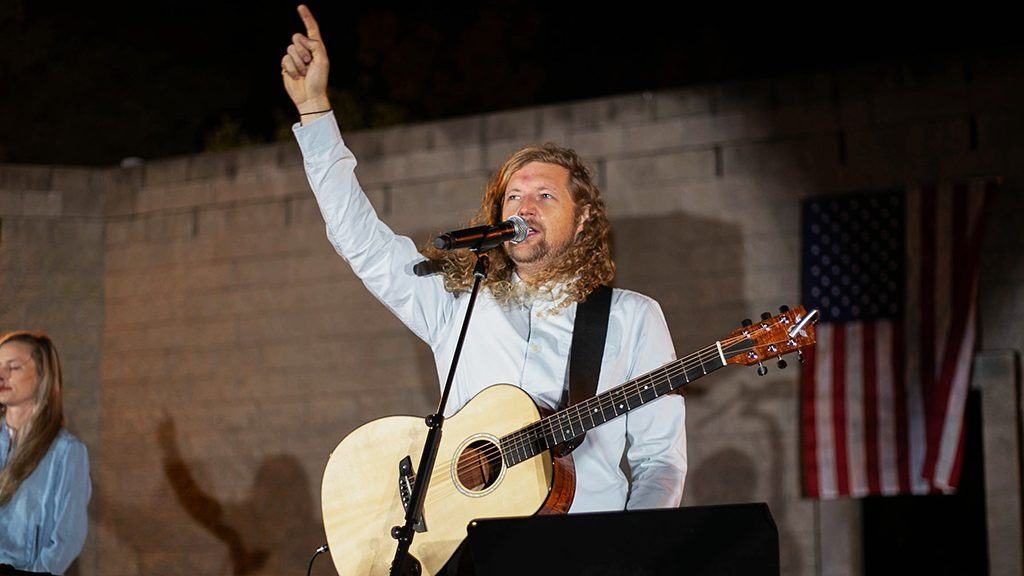 Sean Feucht, best known for his work with Bethel Music, is attempting to turn over a new leaf: politics. The worship leader has announced a bid for Congress in California’s third district.

“Families face unimaginable challenges to make ends meet,” Feucht says on his website. “We need a new generation of leaders. Leaders with a vision, leaders who don’t seek a career, but are willing to sacrifice to fight for what is right.”

Full disclosure: Feucht has been a guest on the RELEVANT Podcast.

In Feucht’s campaign video, he makes it pretty clear that he’s not a fan of Democrats, putting House Speaker Nancy Pelosi, former Vice President Joe Biden and freshman congresswomen Alexandria Ocasio-Cortez, Ilhan Omar, Ayanna Pressley and Rashida Tlaib (i.e. “the Squad”) on blast for “their liberal ethics.” This video also uses footage of immigrants attempting to board a “train of death.”

In his video, the voiceover acknowledges that “millions want to come here, even more wish they could be like us” but warns that the world won’t be able to “learn from our greatness” if “we lose our identity” — while depicting a white girl draping herself in an American flag.

The voiceover — read by Feucht’s wife Kate — calls him “a man with a guitar and a purpose” who is “willing to take a stand.” Exactly what the stand is doesn’t have many details yet, thought Feucht acknowledges that “Family values are being eroded, the unborn are sacrificed, morals are low, and taxes are high,” on his website.

This Homeschool Creationist Paleontology Political Scandal Has Everything