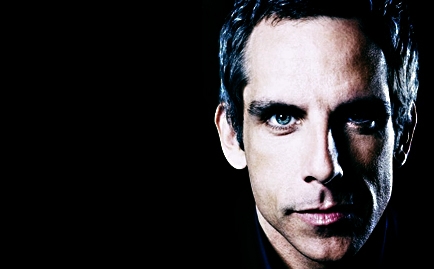 For most of the past two decades, Ben Stiller has proven himself to be one of America’s greatest comedic minds as well as one of the world’s biggest comedy stars. But in his new movie, Greenberg, (check out our review here) which opens today in select cities and more widely in coming weeks, he digs deeper than his usual funny-nebbish self and plays a character mired in sadness and frustration (that’s still expressed hilariously) who slowly opens up his emotions and life to a younger woman.

Stiller sat down with RELEVANT recently and spoke about Greenberg in the hopes of drawing greater attention to a very worthy but unusual and low-key film.

What drew you to work with (co-writer/director) Noah Baumbach (The Squid and the Whale), who’s known for much more personal and small films than you normally participate in?

I was a big fan of Noah’s, and was wanting to work with him. I’d have been open to anything with him, cause he’s very interesting. Then I read the script and thought it was very specific and written for somebody younger. That was my only concern, that this was going through a guy who was 10 years younger, so I said let’s talk about that and he went off and rewrote it to fit my age better. It wasn’t like he went off to do notes or rewrite specifically but had ideas based on us talking and came back with a very different draft. There was no question I wanted to do it.

What makes Baumbach’s work so different from other filmmakers you work with?

What’s interesting to me was it’s so specific. The film wasn’t about a younger woman and an older guy, but just two different people of different ages with their own issues in life. For Greenberg, it’s getting to that age without his life being what he thought it would be, and having to accept that. And she in no way fitting into his plan of what he thought his life was supposed to be. It’s really about two people connecting.

Yet a lot of people will just see Greenberg as unlikable, a selfish jerk, unless you really pay attention and see his vulnerability the way the girl does.

A lot of people I know are not as fortunate as myself in having material success in what they do but they’re still very talented, they have a lot to offer but just never had the luck. It’s not about fighting a dragon or exposing corruption, but just trying to get through life, overcome mistakes and move forward. I think it’s a very courageous thing also as a filmmaker that he’d make a movie about a character like that.

(SPOILER) The film deals with abortion in a very matter-of-fact way with Greenberg taking her in to get an abortion of another man’s baby. It’s still unusual to see a character have an abortion in  a film. Did that make things harder?

I never really thought about it that way. It was part of the story and it seemed like for her character that was her choice. I think it shows where he’s at in terms of being able to reach out and do something. To look beyond his own ego and insecurities and do something for somebody that’ll help them. (END SPOILER)

Is there any way you can see yourself becoming stuck in life like Greenberg?

He made certain choices in his life a long time ago. In my 20s I thought I had it much more figured out than now. A lot of people say the older you get the less you figure it out because you lose that blind confidence and when things didn’t work out, his ego and sense of self was greater and he’s living now with relationships he didn’t nurture. His self-realization is happening at a late time. And it’s scary and lonely. That’s why I think there’s bravery when he does take the chance to change and get outside of himself in some way.

We had to have an idea of what was going on with him. There were so many things he had not acknowledged—feelings and regrets, little rationalizations he’s had to make over the years to get through each day. Finally in some way it just materialized in some sort of psychosomatic thing. In the end, so many years of not dealing with stuff came up and happened in some way. That’s what happened to him. He’s just starting to acknowledge that stuff, and has a long way to go.

Do you have any regrets from working so hard in your 20s?

I really love movies and didn’t take the time to think about doing other things. In retrospect, I think it would have been great to have my time when in my teens or early 20s in exploring opportunities anyway. I was lucky I had a thought of what I wanted to do and was able to pursue it.

The Future of Cancer Fighting

Turning the Tables on Palm Sunday