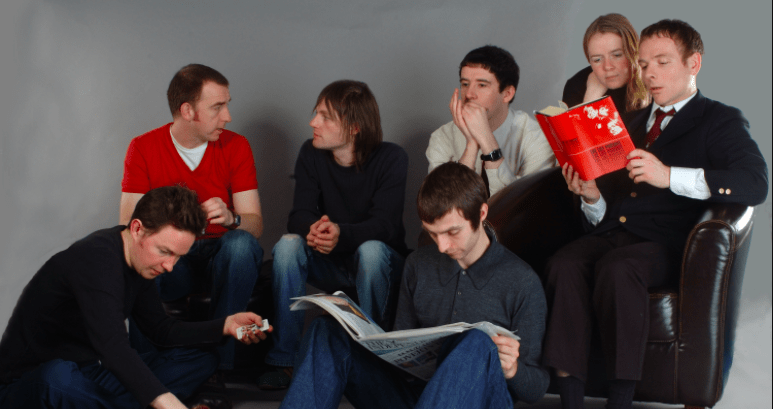 A Giant Tortoise Made a Daring Daylight Escape, and Just About Got Away With It

Belle and Sebastian have been on the road for a while, but even seasoned pros make mistakes sometimes. Case in point, the Scottish godfathers of soft, whispery indie music are in the middle of an American tour and accidentally left their drummer Richard Colburn in a North Dakota Walmart, clad in nothing but his jammies.

“I was coming out of the Walmart, and [Colburn] was coming into the Walmart,” frontman Stuart Murdoch told a Minnesota radio station. “He was waving very happily, in a good mood. And that was the last time that we saw him.”

The band was all on the same bus but it was late and people promptly fell asleep as soon as they got back on board, so Colburn’s absence went unnoticed for about 500 miles.

Murdoch put out a call on Twitter for someone to go pick Colburn up and drive him to the next gig in St. Paul, Minnesota. Belle and Sebastian fans are a terrific breed, because many were willing but — as you might imagine — very few were located within sprinting distance of the North Dakota Walmart, where Colburn apparently just hung out for four hours.

Eventually, Colburn was able to get a cab and made it to St. Paul just under the wire in time for the show.

Thanks for your help folks. We have Richard on a plane now, so everything is ok. He's in his pyjamas, sitting with a mimosa ??