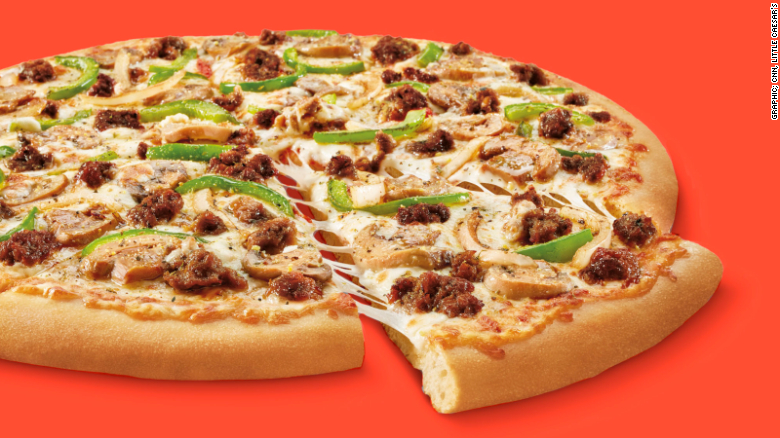 Impossible Foods, the company best known for making imitation hamburger from plant-based proteins, is popping up in more and more restaurants nationwide, and they’re beginning to appear in national chains. The latest company to board the Impossible train? Little Caesar’s pizza, which is testing an Impossible Supreme pizza made with plant-based sausage.

Impossible hasn’t unleashed their sausage upon the public before, so this will be a first for them as well as Little Caesar’s. Overall, the protein company’s ventures into alternative meat products have been lucrative. CNN reports the meat-substitute market was worth about $1.4 billion in the U.S. last year, and worth almost $19 billion worldwide. Projections say those numbers could climb to $2.5 billion and $23 billion, respectively, by 2023.

Burger King, White Castle, Qdoba, and Carl’s Jr. have already linked up with Impossible to serve alternative beef. Impossible wanted to introduce their beef to Little Caesar’s as a topping option, but according to CNN, the pizza chain requested the company develop a sausage “recipe” because it’s a more popular order.

The pizzas will be available for a period of about four weeks in Florida, New Mexico and Washington State. Want to roll the dice with your Hot N’ Ready even more than you already are? Now you can.