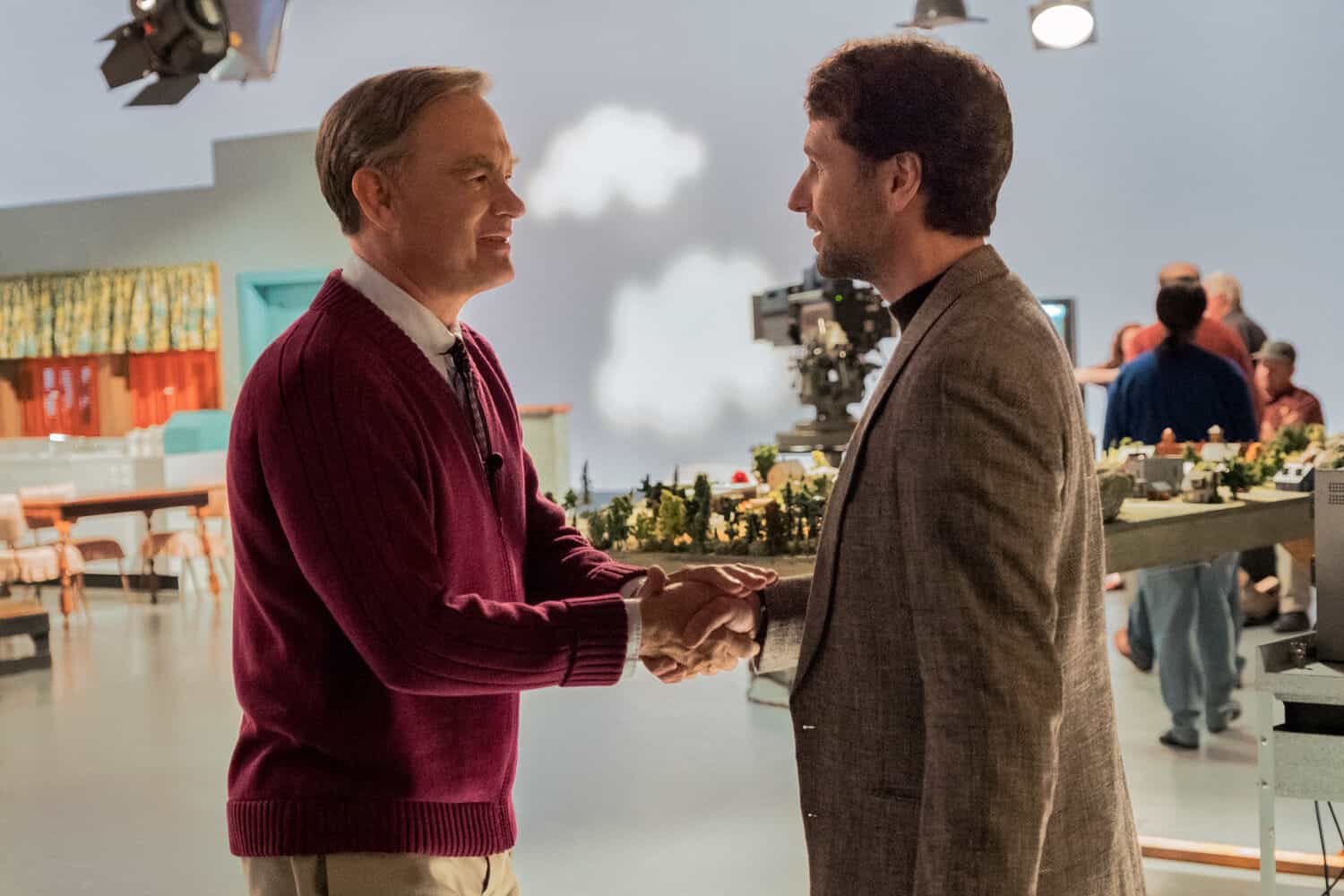 The prospect of Tom Hanks playing Mr. Rogers is enough for us to buy tickets to A Beautiful Day in the Neighborhood already, but as details continue to come in about the biopic starring everyone’s favorite children’s TV pioneer, our hype is growing and growing.

A Beautiful Day in the Neighborhood is being directed by Marielle Heller, whose 2018 movie Can You Ever Forgive Me? has seen multiple Oscar nominations this year. Alongside Hanks is Matthew Rhys, fresh off one of the best television performances of the decade as Philip Jennings on The Americans, plus Chris Cooper and Susan Kelechi Watson.

A new synopsis for the movie details the bare bones of the plot. Plus, we have a fresh pic of Hanks and Rhys together:

The official synopsis of the movie is just a tiny bit meta, because it reflects in part the viewing experience of last year’s documentary Won’t You Be My Neighbor? In that movie, it was almost like waiting for the other shoe to drop regarding a dark side to Mr. Rogers’ perception as a decent and admirable man, but that shoe never did drop. In A Beautiful Day in the Neighborhood, Rhys’ reporter character is profiling Fred Rogers with the intent to see if he really is as decent as he says he is.

[lborder]Two-time Oscar®-winner Tom Hanks portrays Mister Rogers in A Beautiful Day in the Neighborhood, a timely story of kindness triumphing over cynicism, based on the true story of a real-life friendship between Fred Rogers and journalist Tom Junod. After a jaded magazine writer (Emmy winner Matthew Rhys) is assigned a profile of Fred Rogers, he overcomes his skepticism, learning about empathy, kindness, and decency from America’s most beloved neighbor.[/lborder]

A Beautiful Day in the Neighborhood comes out November 22, so you can take all your Thanksgiving guests to do something other than argue around the table.

A Tornado-Damaged Church Is Refusing to Accept a $25,000 Donation From a Casino

Watch: Why Angry Christians Forced DC to Cancel a Jesus-Centered Comic They Never Even Read