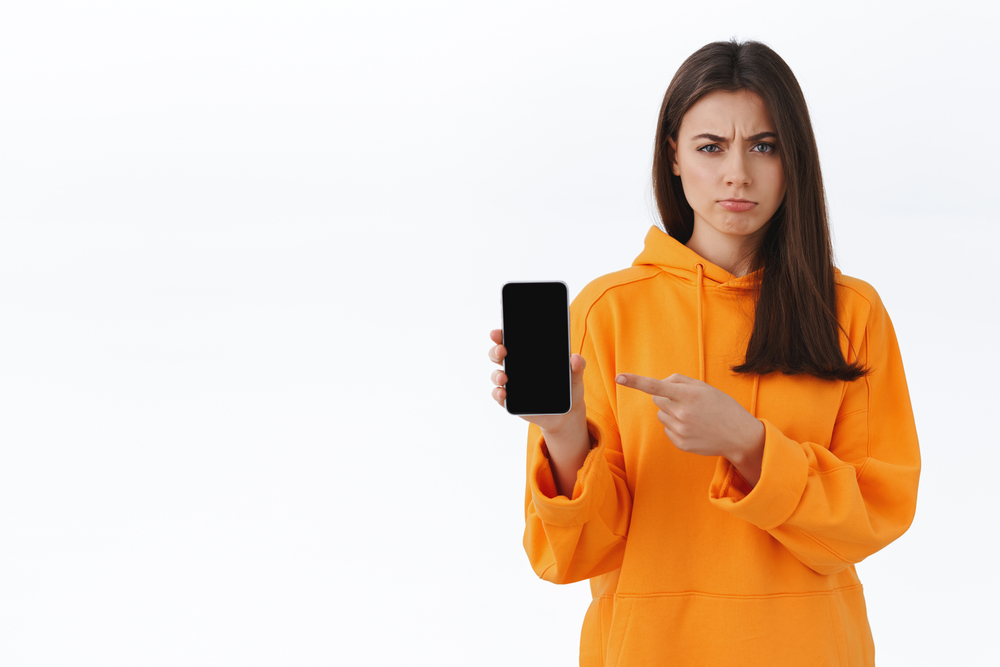 9 Things Everyone Should Do When Reading the Bible

What do you do during a sermon? According to a new study from Barna, that largely depends on how old you are. True, the majority of respondents to Barna’s State of the Church survey said they listen to attentively and avoid distractions but there was some discrepancy among millennial church attendees who say they’re also fact-checking the pastor’s words.

Overall, only 17 percent of practicing Christians report using their smartphone while listening to a sermon. 10 percent say they’re using it to fact-check their pastor’s sermon, and the highest percentage of these fact-checkers, at 16 percent, are millennials. Another 10 percent say they’re just checking emails, texts and social media. Boomers were the least likely to say they fact-check sermons or check their smartphone during church.

Overall, respondents say they “listen carefully” during a sermon, with a total of 75 percent reporting they don’t have any distraction (it’d be interesting to hear if pastors agree with this self-reporting). Around a third say they follow along with a physical Bible and a slightly smaller percentage say they even take notes. 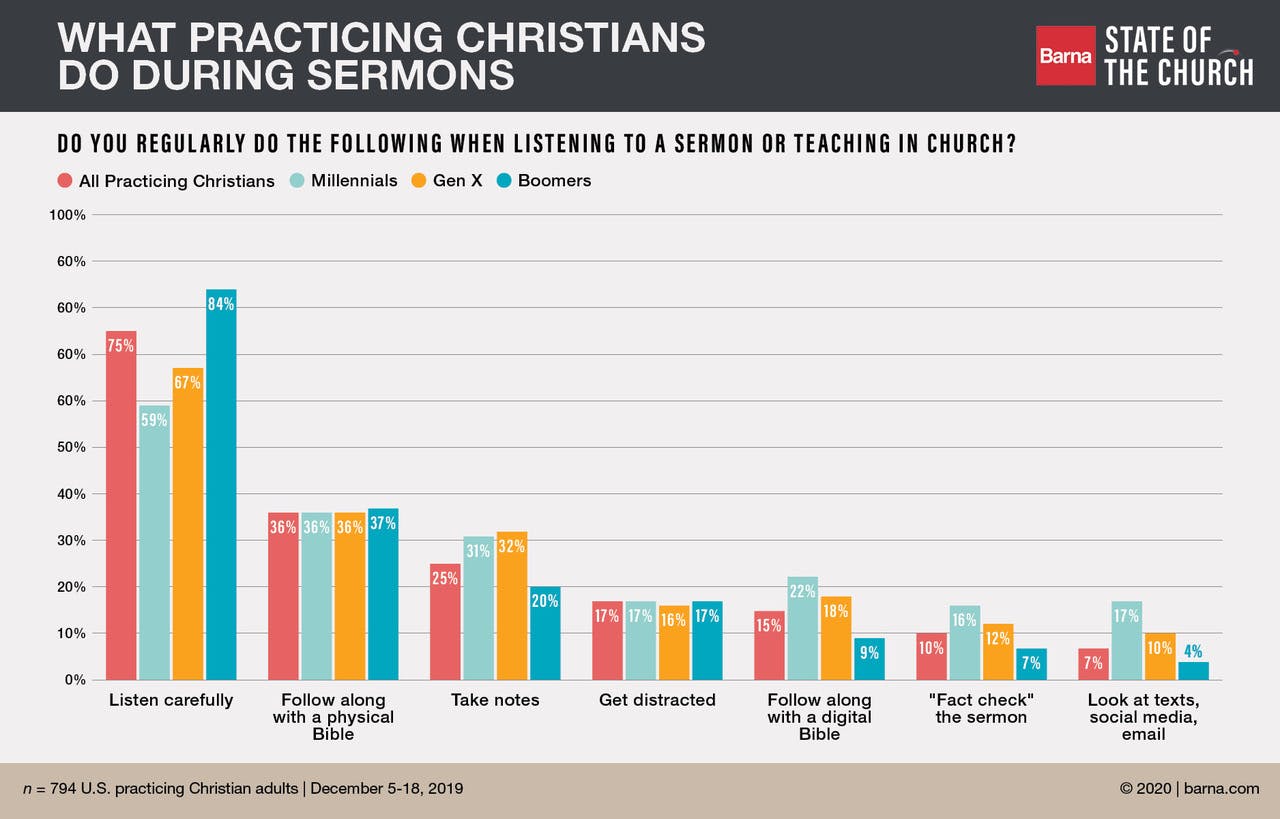 “It’s possible that, for more device-dependent younger generations, having a smartphone or tablet on hand during church simply feels normal, another opportunity to either aid or diminish their engagement with a sermon,” Barna wrote in the report.

This section of the report was released on March 12, and at the time, respondents nearly unanimously (97 percent) reported listening to a live sermon instead of watching them via video or other means. It’s a sign of how rapidly this era is changing that this graph probably looks much, much different today.