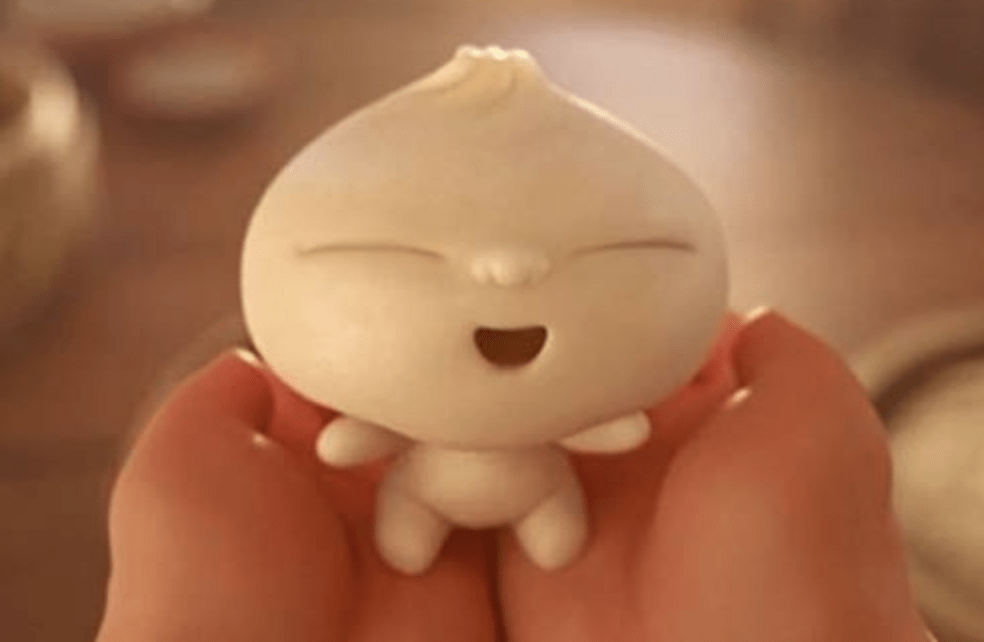 Remember when you took your kids to see Incredibles 2 and instead of getting a warm and fuzzy short film—like the ones that usually screen before a full-length Pixar film—you got something a little dark?

In case you missed it, Bao tells the story of a Chinese woman who raises a dumpling. Once said dumpling ages and gets surly, like most teenagers, it decides to leave home with a (human) girlfriend in tow. In a weird turn of events, the mother gets jealous and swallows him whole, leaving an entire theater audience with their mouths agape.

Of course, in the end, Pixar wrapped it with a bow. Bao revealed a metaphoric ending with the mother’s real-life adult son who looked identical to the mythical dumpling. What originally seemed like such a silly story actually turned into an incredibly bold lesson about family values. It tugged at our heartstrings and made us want to call our moms.

Bao director Domee Shi said she garnered the inspiration from her own relationship with her mother, who, according to an interview with Thrillist, once told her, “I wish I could put you back in my stomach so I knew exactly where you were at all times.”

Shi was the first female to ever direct a Pixar short film in the studio’s 32-year history. And now, she’s developing a full-length feature film. Though the film is still in its early developing stages, Shi is just excited for the opportunity. She says that Pete Docter, Pixar’s chief creative officer who replaced John Lasseter, supported her before she even pitched her idea to the studio.

“[Docter] was one of the initial people I pitched it to because I was really excited about the idea and I just wanted advice on it,” Shi told Deadline. “I’m really glad I did pitch it to him because his excitement about it, and his shock and reactions, really gave me the confidence to continue developing it, and to eventually pitch it to the studio.”

Shi is confident in Docter’s leadership, and says that he’s very open-minded to new and innovative content.

“I think they’ve just all realized now that they can’t keep drawing from the same creative well over and over again,” she says. “If Pixar wants to stay at the forefront of animation and storytelling, they’ll have to look for different sources.”

7 Advent Practices That Will Make Your December Better