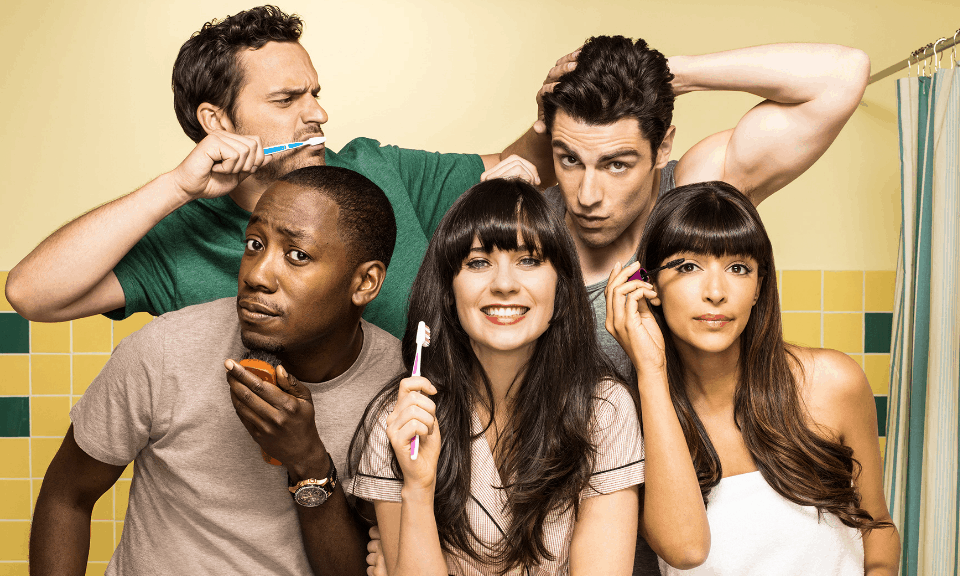 Worlds are colliding on Fox. The network recently announced they will air a special, one-hour event on Oct. 11, that will bring together the worlds of New Girl and Brooklyn Nine-Nine. We still don’t have many details, but, evidently, the cast of New Girl will somehow travel to the jurisdiction of New York’s goofiest police precinct.

The creators of both shows seemed to acknowledge that the whole idea is a little gimmicky, but also seem cool playing along with it. In a statement, Brooklyn Nine-Nine co-creator Dan Goor said,

Stay tuned for our two casts to do a soulful R&B number on ‘Empire’, co-anchor the FOX 10 O’Clock News and connect for a touchdown on NFL Sunday. But in all seriousness. we’re all huge fans of ‘New Girl’ here at the ‘Nine-Nine’, and we’re excited to see our characters interact and to work with their incredible writers and producers. And also to see what their craft services are like, compared to ours.”

In her own statement, New Girl creator Elizabeth Meriwether added,

The crossover episode has historically been the artistic high point of any show that has dared to attempt it. Maybe you remember ‘Blackout Thursday’ on NBC, or even further back the infamous ‘Alf’/’Gilligan’s Island’ crossover of the late 1980s. [We] will proudly and humbly go where few shows have gone since the 1990s. We know we have big shoes to fill, and we look forward to disappointing everyone. There’s a 50% chance Alf will also be in both episodes. But there’s also a 50% chance that is a lie.

This should be fun.

Tony Dungy to NFL Hall of Fame: ‘What Would It Profit a Man to Gain the Whole World and Forfeit His Soul?’

10 Reasons You Should Be Cheering for Team Refugee