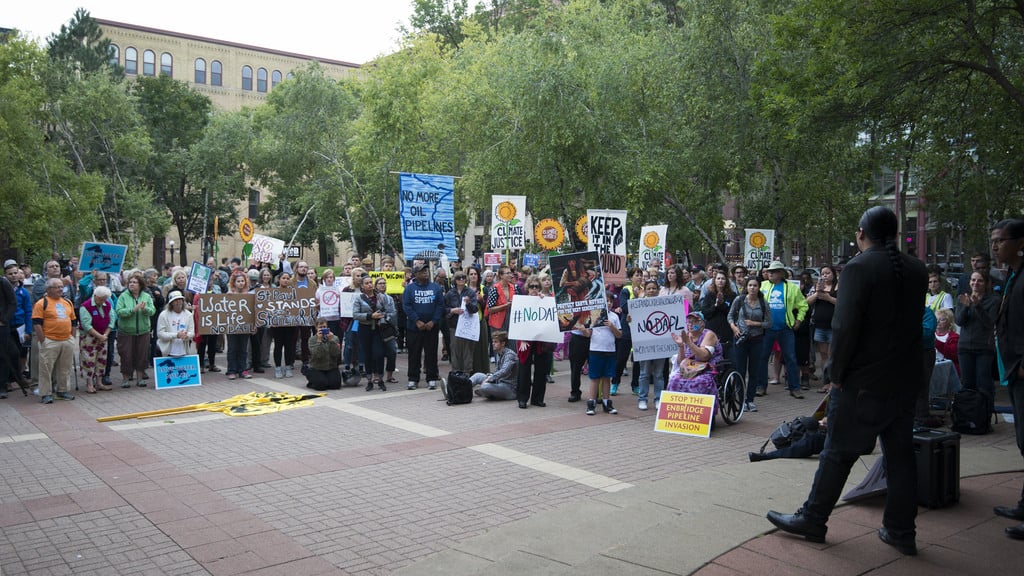 The Dakota Pipeline protests in North Dakota have come to a peak. The US Army Corps of Engineers set a December 5 deadline for protestors to leave the protest camps.

But, in a statement was released yesterday authorities said they are seeking “a peaceful and orderly transition to a safer location, and has no plans for forcible removal.” Still, that statement makes clear that “those who choose to stay do so at their own risk as emergency, fire, medical, and law enforcement response cannot be adequately provided in these areas.”

This announcement comes after weeks of clashes between law enforcement and demonstrators, some of which led to the use of rubber bullets and tear gas. Activists have been protesting the pipeline which would carry crude oil across a 1,172 pipeline due to fear that it would contaminate water and be an environmental disaster.

The camp of protesters has been active since January when construction of the pipeline began and has since grown to an estimated 7,000 activists.