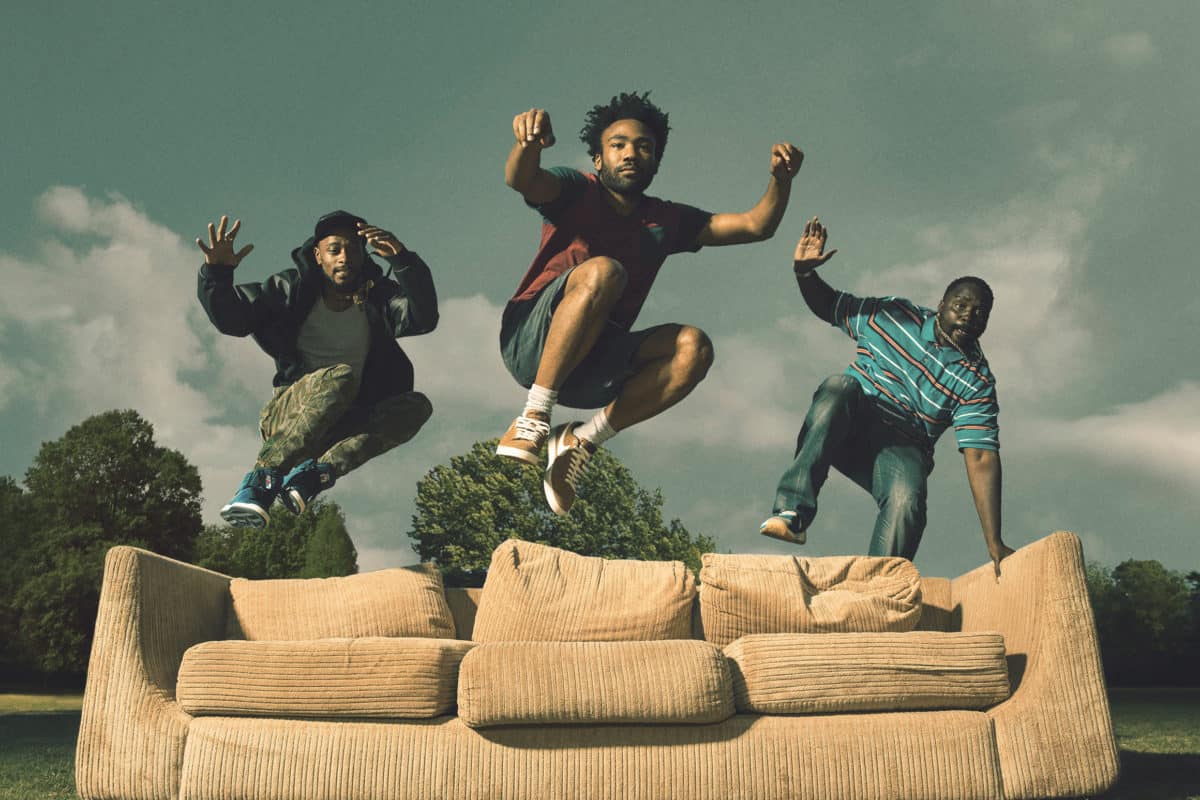 Atlanta works because Atlanta works. The show’s second season, premiering Thursday night on FX, is as bizarre and strange as the first, but there’s less creative whiplash. For “Robbin’ Season,” we’re spending more time just hanging around the city, and that tiny change in direction reveals the true driving force of the show’s success.

Oftentimes setting defines genre, and that means our cultural tastes can be predicted by setting. Westerns are an obvious example. Fans of Lonesome Dove will probably take to Hatfields and McCoys because they share a setting, and that setting is familiar and comfortable. When we tweak the setting, either in terms of time or place, we enter the fringes of genre, and that’s where we find crossover appeal. Take a Western and put it in modern day and you have Breaking Bad or No Country for Old Men. Take a Western and alter its place, and you have something like Logan, or Firefly.

Setting is one of the first things we attach to as movie and TV viewers because we engage with it before we have full understanding of the story. Costumes, production design, accents, postures—we run all these through our mental filters of likes and dislikes, and that sets the terms for what the show needs to accomplish for us to stay invested. If we like period dramas (common setting: mid-century Europe), The Crown and Downton Abbey don’t have to do much for us to watch all the way through. Mad Men has a little more work to do (same time, different place), and The Americans, even more so (different time, different place).

Atlanta hacks that entire process. It doesn’t fit into any one genre, but it does exist in one hyper-specific, hyper-realized setting. Whether you’re in or out on Atlanta depends solely on what you find within this show, and that means it depends solely on what you think of the Atlanta that Atlanta presents. That’s why this is the best show on TV; it contains the most evocative, dynamic, surprising, and realized setting imaginable, and what you get out of it will vary widely depending on what you bring into it.

Atlanta is often compared to Twin Peaks (creator Donald Glover said it himself about the show’s first season, calling it “Twin Peaks with rappers”), but there’s an argument to be made it’s more like The Simpsons. Springfield, from Mr. Burns’ estate to Krusty Burger to Lardlad Donuts, is as detailed a setting as you’ll find on TV. Everywhere the characters go fits neatly into the structure of the town and the logic of the world. The people match the places, and the places fit the overall tone. Atlanta’s Atlanta works the same way.

For all its surrealism and weirdness, Atlanta grounds all of its invisible cars, radiant chicken wings, and—as you’ll see—ambiguous alligators in a cohesive and sensible world. Even if what you’re seeing makes no logical sense, it makes perfect Atlanta sense, and that complete unity lets you into the show despite any foreignness you might feel to the actual subject matter.

In a word, Atlanta is transportive. Whether you have a real-life connection to Atlanta itself or not, the show does such a complete job of illustrating the city that anyone can understand it. The bizarreness feels expected, and the surprises feel welcome. Granted, Atlanta is still as brutal in its social commentary as it was in 2016 (let’s just say we’re told right away exactly what “Robbin’ Season” means), so its setting isn’t always a place you want to be, but it is always a place you want to explore and revisit. In TV terms, you want to tune in next week.

And crucially, that foundational transportive dynamic opens up a pathway of empathy into Atlanta. The amorphous genre of the show works to its advantage here. There’s elements of crime, comedy, coming-of-age, romance, even fantasy here, but it all happens in a single place that, without falling into any one of those story types, is able to contain all of them. It makes it so everyone has a connection point to the show, and it takes all of those points and sets them on the same level.

That makes Atlanta, and its Atlanta, one of the best literal and figurative communities on TV. It’s a bridge, an intersection, and a singularity. By doubling down on the detail of the city, and never compromising on its regional flourishes, the show attracts residents, regulars, and newcomers alike. Atlanta is not always comfortable, but it provokes us to keep visiting the uncomfortable, the new, and the foreign, and that makes its return feel fitting and well-timed. This show’s out here. So are we.

The One Thing Holding You Back From Your Dream