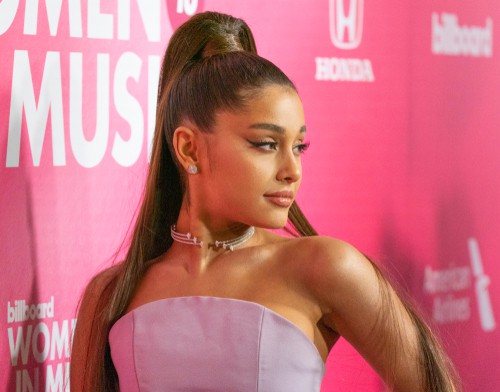 Getting a tattoo in a language you don’t speak is risky business. Someone will ask you what it says, and you’ll say “courage” but the real answer is “I’m not sure,” because you’re not. You’re just trusting that someone else knew what they were talking about when they told you. Maybe that person didn’t actually know. Or maybe they did know, but just decided to mess with you. In any case, it’s a gamble. And in the case of Ariana Grande, it’s a gamble that didn’t pay off. First off, the tattoo itself, from her official Japanese Twitter account:

In a now-deleted Instagram post, Grande announced that she’d gotten a new tattoo that read “7 Rings” in Japanese kanji to celebrate the release of her latest single. Not a terrible tattoo, unless you aren’t fluent in the language. And as Kotaku pointed out, Grande got it wrong.

The kanji character 七 means “seven,” while 輪 means “hoop,” “circle,” “ring,” or “wheel.” However, when you put them together, the meaning is different! 七輪 (shichirin) is a “small charcoal grill” and not “seven rings,” which is written differently in Japanese.

Yes, Grande now has “shichirin” tattooed on her hand, which is something people in America might consider a “barbecue grill” or something close to it. Here’s a picture of one from Wikipedia.

In a since-deleted reply, Grande acknowledged that she’d screwed up. She wrote that she “left out ‘つの指’ which should have gone in between,” thus shortening the correct 七つの指輪 (seven rings) to 七輪 (small charcoal grill.)” Seems like a small enough mistake but the reality is that there are no small mistakes in the tattoo business.

Weirdly enough, as Kotaku pointed out, “7 rings” was spelled correctly in Grande’s music video, so it’s not totally clear who goofed up here, but the end result is that Grande has “charcoal grill” tattooed on her hand.

This is one of the risks that comes from cultural appropriation, a criticism Grande’s had to field a fair amount of late. When other cultures are just aesthetics for your brand, it’s easy to treat them trivially, and you start making mistakes. Sometimes, you can end up saying or doing something unintentionally hurting an entire group of people. And sometimes, well, you end up with a tattoo typo for the ages. Let’s take one more look.