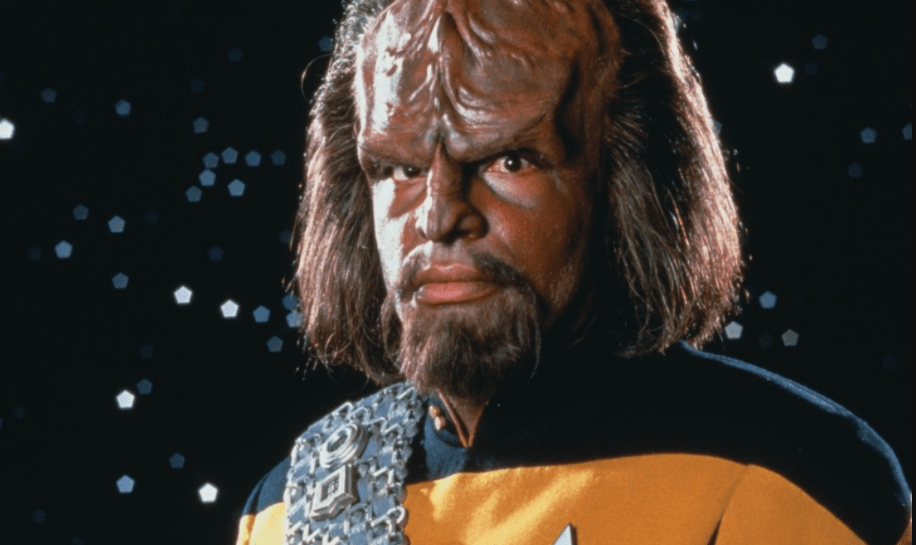 The Telegraph highlighted an interesting exchange in a sneak peek of the upcoming Star Trek: Discovery series which will return fans to where no man has gone before. Speaking of, you know who else isn’t there? God. As has long been somewhat implicit in the series but never really explicitly stated until now, there is no God in the Star Trek universe.

How do we know? Well, actually through a bit of ad-libbing on the part of Jason Isaacs, who will be playing the Discovery’s captain in the series. Apparently, he improvised a line in which he said “for God’s sake,” and was promptly told he couldn’t say that. Not because it might potentially offend viewers, but because in the series, mankind has moved beyond the notion of God and religion.

Kirsten Beyer, the episode’s writer, then explained to Isaacs that Star Trek creator Gene Roddenberry specifically set his creation in a future where religion no longer exists.

“You can say that before you can say ‘God,'” Beyer joked.

Roddenberry himself was raised as a Baptist, but he would later reject the religion. While rarely expressed outright in his own creation, he would often slip little hints of his philosophy into the show. Most notably, as the Telegraph points out, in an episode of The Next Generation, in which Jean-Luc Picard (Patrick Stewart) suggests that religion is “superstition and ignorance and fear.”

Later in life, Roddenberry appeared to waver a little in his lack of belief. Shortly before his death, he told an interviewer that, “It’s not true that I don’t believe in God. I believe in a kind of God. It’s just not other people’s God. I reject religion. I accept the notion of God.”

Dozens of Refugee Orphans Are Now Blocked From the U.S. Because of Trump’s Travel Ban