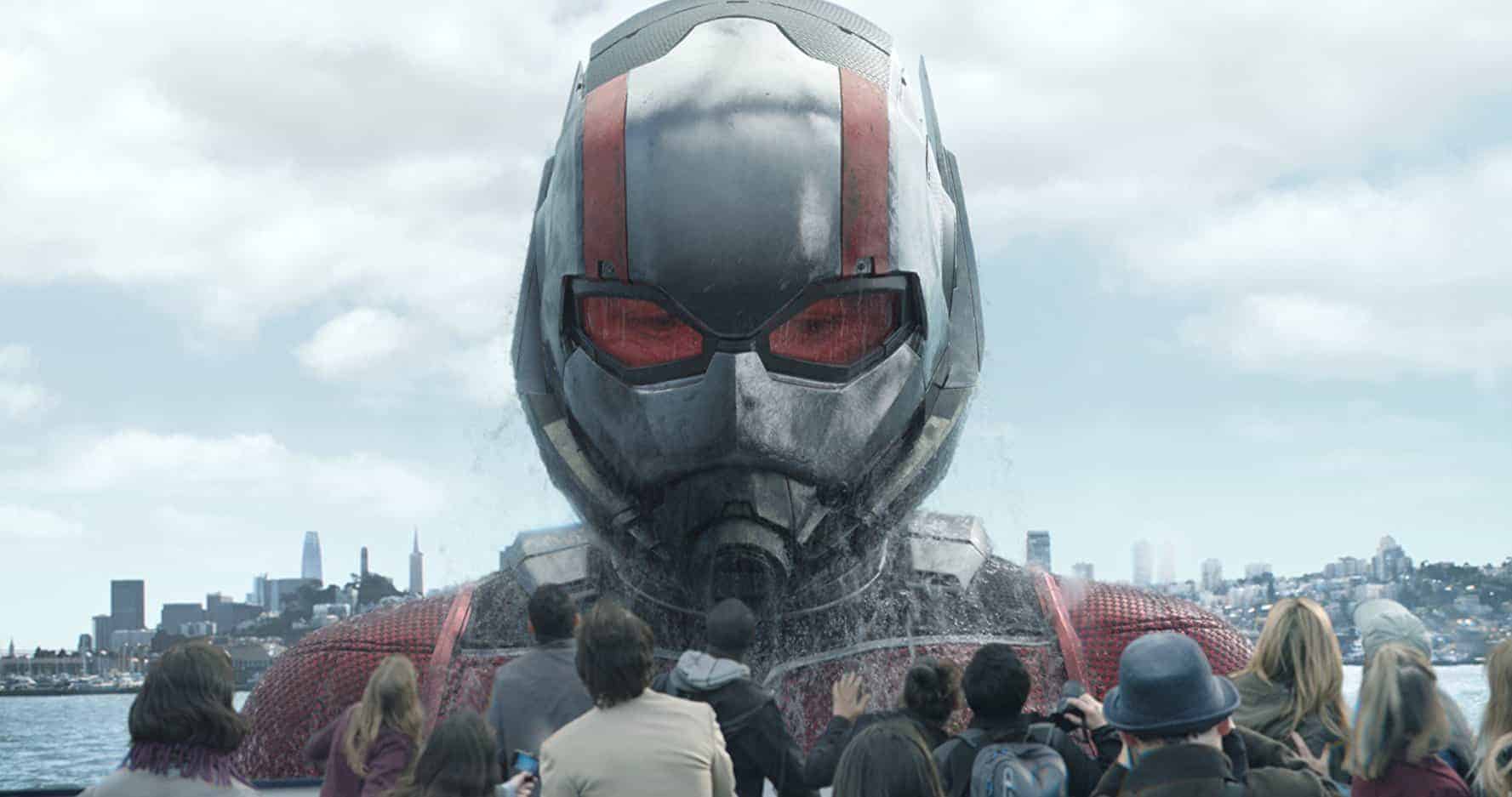 The greatest thing about Ant-Man is only one person in the entire world sees him as a hero: his daughter. His peers see him as a thief, the Avengers have boxed him out, his enemies treat him about as well as you treat a bug on your windshield, and to everyone else (even us), he’s little more than a punchline. And yet Scott Lang’s daughter thinks the world of him, and that’s enough. After Ant-Man and the Wasp, it should be enough for you, too.

The on-paper stakes of Ant-Man and the Wasp sound way more serious than the movie ends up being: Hope van Dyne (that’s Evangeline Lily, aka the titular Wasp) and Dr. Pym (still Michael Douglas, still welcome) ask Ant-Man if he’ll help them enter the quantum realm to rescue their mother and wife, respectively. It’s a cosmic premise that in practice manifests as another pseudo-heist movie, in which the tiny heroes break into a forbidden area of sorts and extract something valuable. It’s a simple checkers board and the pieces here are pretty much the same as the original movie, but the game itself is still good, sneaky-smart fun.

This is a Guardians, Ragnarok-caliber comedy movie, with inventive action and power-flexing set pieces to supplement. Is it the smartest Marvel movie ever? The most ambitious? The most impressive? Nope to all three. In fact, Ant-Man and the Wasp is pretty formulaic and thin, but its total lack of complication is probably to the benefit of both this movie and its wider universe. It’s relaxing and easy. It’s not the least bit tense. That’s totally, totally fine.

The Marvel Cinematic Universe has ventured closer and closer to dourness ever since the original Avengers. Even though that movie was light-hearted, its aftermath left Earth’s Mightiest Heroes buckling under weightier themes and more ambitious notes (consult the PTSD elements of Iron Man 3, the political undertones of Winter Soldier or the jaw-clenching “everything is about to change” vibe of both Avengers sequels).

Amid those epic event movies, Marvel has been smart to deliver palette cleansers like Guardians and Ragnarok and yeah, Ant-Man. Ant-Man and the Wasp, even though it’s probably the worst of its tonal ilk, might be the most necessary of them all, and that lets you cut it a good deal of slack. Infinity War was literally apocalyptic. It was time for a break.

In a funny sort of way, one of the weirdest realizations surrounding Ant-Man and the Wasp is that Ant-Man doesn’t really save anyone in it. There’s no floating city or alien invasion. There’s not even a crisis on another planet or wild family revelations. Ant-Man’s friends come to him and ask if he can help save someone they care about and he says sure. That’s the movie. It’s totally inconsequential and disposable, but it also provides a subtle expansion for how a superhero movie can treat its superheroes: small-scale and personal. Literally, the marvel next door.

Everywhere Ant-Man goes in Ant-Man and the Wasp, he’s sort of taken for granted. That’s delightful for the comedy and appropriate for the character, but it makes room for what’s quickly becoming one of the most endearing relationships in the MCU: the one between Scott Lang and his daughter Cassie. Abby Ryder Fortson has as many laugh lines in this movie as anyone, and the movie’s best scenes are without question the ones that put her next to Paul Rudd. They’re funny together. They’re cute. You buy the whole thing hook, line and sinker.

So often, superheroes are strapped with tragic backstories that leave them orphans, or widowed or neglected. It’s so fun to see Ant-Man be a hero in a way that normal people can be heroes, and be a hero to a girl that sees him that way because he’s her dad, not because he puts on a high-tech shrinking suit. There’s something admirable and ideal about that in a way that even characters like Superman or Batman or Captain America can’t achieve. We can only look up to those people. With Ant-Man, well, we can be Ant-Man. All we have to do is show up.

The Marvel Cinematic Universe is about to enter its most high-stakes phase yet. After Infinity War, the universe needs to be restored and time itself needs to be undone. These next few movies, headlined by Captain Marvel and Iron Man and Dr. Strange, are probably going to be good, but they’ll be a bit grave and solemn, too. Thank goodness Ant-Man is a part of that story. He’s funny, sure, but his brand of heroism is intimate and personal, and if these movies could spare to learn anything from his offbeat misadventures, it’s that there’s plenty of merit in taking the small-scale approach.

The One Question Every Husband and Wife Secretly Asks

Watch: ‘Let Our Praises Rise’ Is Gonna Be Stuck in Your Head Forever