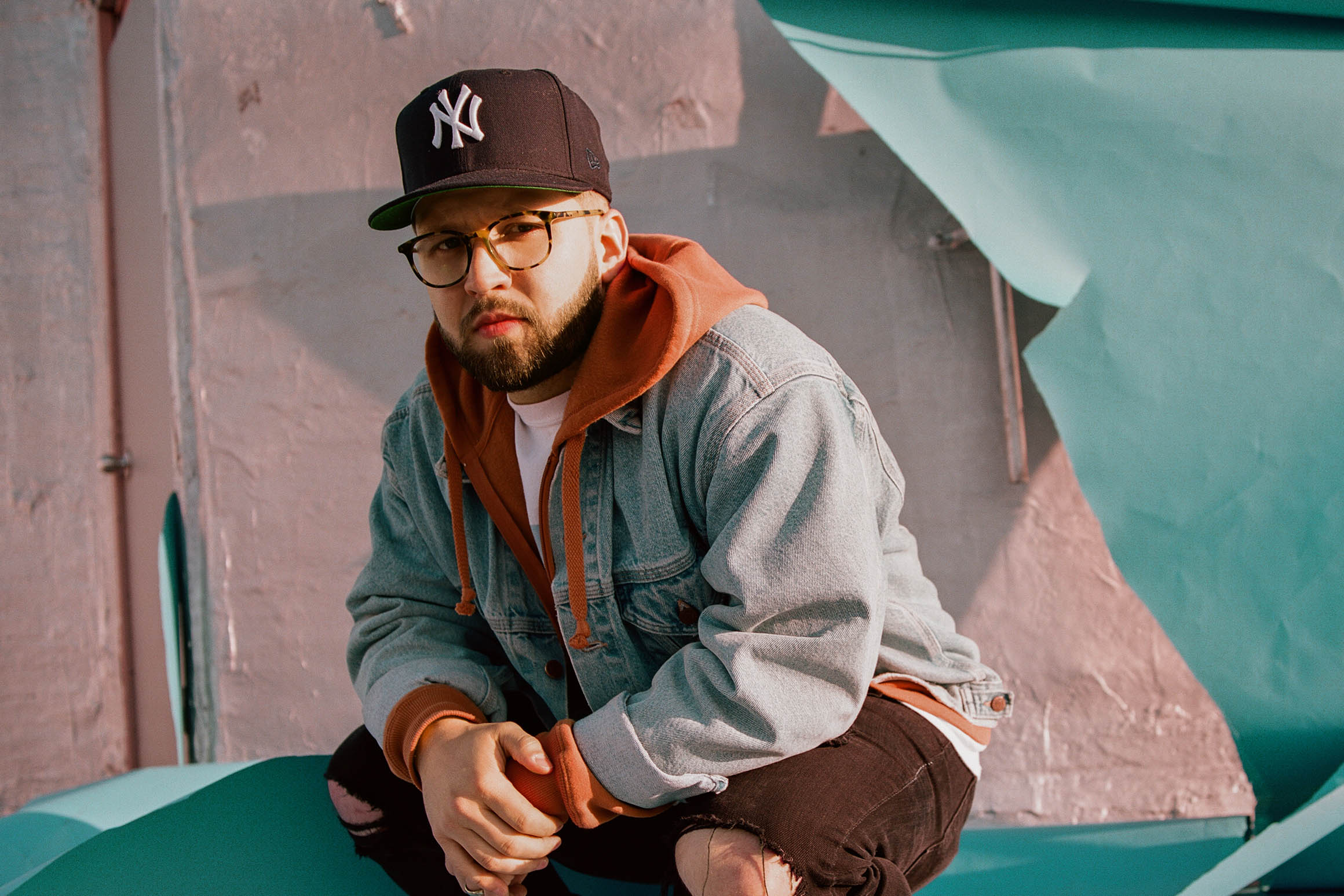 Andy Mineo grew up in the era of And1 mixtapes and Michael Jordan’s NBA, so his preferred version of basketball is injected with street culture. On the road, the rapper pulls guys together to shoot hoops no matter where he is.

“Honestly, if someone were to ask me if I had an hour to do anything I wanted, put me on a basketball court,” he says. “Just my favorite thing in the world.”

Mineo’s love for hoops birthed a love for sneakers. It’s more than fashion to him. He says he loves the craft of sneaker design, “how technology and fabrics and rubbers are intentionally and thoughtfully crafted in a way to support the athlete and their movements.”

Sneaker culture has intersected with faith in recent weeks thanks to the rise of Instagram account @PreachersNSneakers, which puts pictures of sneaker-clad pastors alongside the price listing of the shoes they’re wearing. Often, the cost is north of $1,000. The account has sparked a conversation about how faith leaders spend their money and display their means.

On a recent episode of Unedited, Mineo spoke with RELEVANT founder Cameron Strang about his love for basketball and his own perspective on the dialogue surrounding the Instagram account.

Where’d your love of sneaker culture come from?

I really think sneaker stores are the art gallery for the poor. You walk in and see all these beautiful pieces of art displayed on a wall, and you can pick them up and look at them and pull the fabrics and know that these were designed and colored and created by really brilliant people.

My love for sneakers is a weird thing. It’s not just a vanity. It’s like an actual art form.

Oh brother. That’s where it gets sticky.

The guy who likes the $40 Sketchers thinks I’m a lunatic for owning this $200 pair of shoes. He’s like, ‘Yo, $40 Sketchers. What more do you need?’ Then the kid who’s getting the free TOMS in a poor underserved community is like, ‘How do y’all get $40 shoes?’

The guy who’s wearing the $1,500-dollar shoe is looking at the guy with Giuseppes and is like, ‘How y’all paid $1,500 for those shoes?’ It becomes a subjective thing. At a certain point, everyone says that’s an expensive pair of shoes. You have to ask where the line is.

Would those [preachers] have listened [to the criticism] if this account didn’t blow up? Now you gotta deal with it, because it’s here.

Rich Wilkerson [one faith leader called out on @PreachersNSneakers] is a buddy of mine. Like, I love that dude. Genuinely incredible guy. I don’t know how to do this. One part of you just wants to be like, ‘Yo, get your crap together.’ But the other part of you wants to be gentle and patient with people as they’re growing and going through stuff and learning. You kind of get caught in the middle.

If people don’t know the whole story, they might just make one up, then what are you going to do? Are you going to run to the media and defend yourself and then put your relationship with that person on the line? It’s just a sticky thing. I know Rich is getting free stuff. He lives on a humble salary. People love him and thank him for the work he does and they give him sneakers and clothes. He’s not out there buying that stuff. Ninety percent of that stuff is given to him.

It’s like if a minister is wearing anything other than black robe and a collar, they’re sinning. Everybody has an opinion and they’re judging people based on a perception versus knowing their heart.

My hope is that you would have just as much anger or relentlessness toward the crap you need to deal with in your life. That’s my biggest thing.

If you want to dump on anybody else, then you should be just as eager to do that to yourself. Anyone who is actually course-correcting would know this is a hard life to be faithful and true, so why would you get on anybody else for trying to navigate that as well? I’m glad the conversation is happening.  These things bring us to the table, but there’s usually not a consistency in the criticism.

It’s a heart thing, bro. Once you get into that territory, you are now judging people’s hearts and motives. When you try to expose other people you expose yourself. That’s a fine line to walk.

Watch Judah & the Lion Perform ‘Over My Head’ on ‘Seth Meyers’