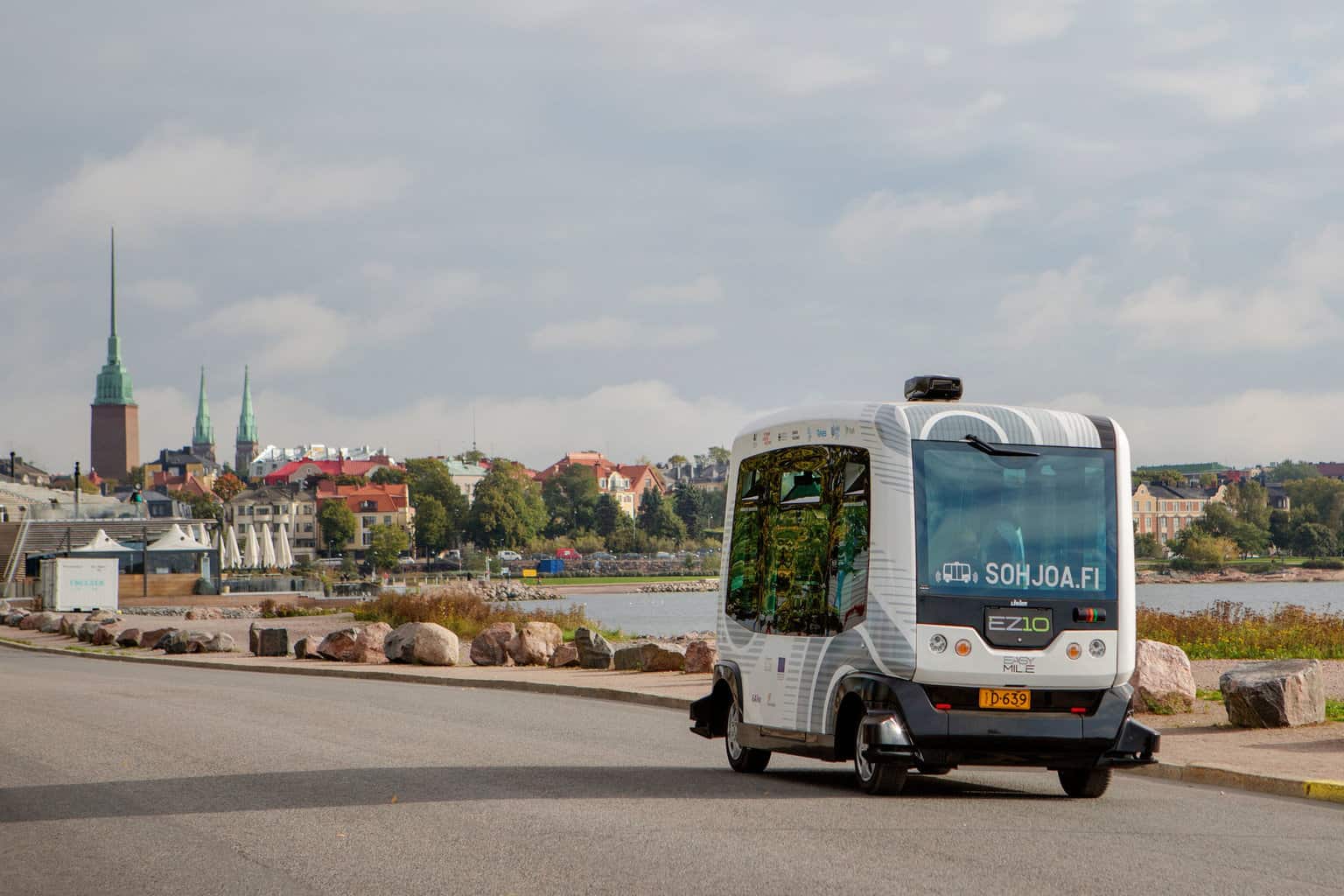 Self-driving buses are the future.

At least, in Helsinski, Finland where developers have been at the forefront of rethinking public transportation for the masses.

Driverless buses are being used on pubic roads in traffic. The two-year project, called Sohjoa, is a $1.2 million initiative to reduce the use of cars and traffic jams.

The buses, essentially “smart” cars, learn their route through programming. Remote operators drive them using steering and acceleration controls on a small box. The route is then fine-tuned with software. Buses can deviate only if alternate routes have been learned as well.

The buses can run up to 15 mph but are currently running at half that in the trial phase. Harri Santamala, the coordinator of the project, said “We have to be very keen about safety.”

Depending on the success of the trial phase, driverless buses may replace several existing routes in Finland and run autonomously, with one operator in a central office intervening remotely as needed.

Seriously, Don’t Stress About the Election

Look Out for Fake Apps