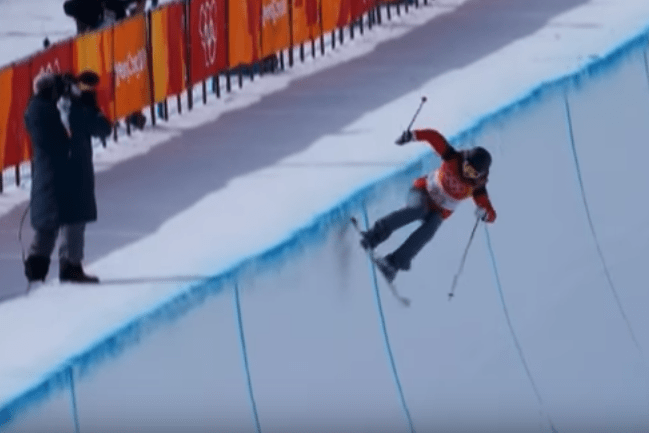 Elizabeth Swaney is a 33-year-old American skier with a graduate degree from Harvard. She’s competing for Hungary in Pyeongchang. She’s the first freestyle skier to be representing Hungary, and she’s doing her gosh-darn best at it, which, as you can see, isn’t quite up to par with what we’re used to seeing at the Olympics.

How’d Swaney qualify for the Games? Well, it’s sort of complicated. The World Cup events she attended had fewer than 30 skiers (the Olympics requires a top-30 finish in global competition), so just by showing up she could make it. She went to events like last December’s World Cup in China, where most competitors would be at other tournaments, and finished as high as 13th “in the world.”

Basically, Swaney made it to the Olympics by showing up in an under-represented event and doing just well enough to not be disqualified. Her weird, meet-the-minimum ambition is something we can all admire and aspire to on this day.

You Need to Hang Out With People of Other Faiths More

In ‘Thy Kingdom Come,’ Real People Confess Their Sins to Javier Bardem