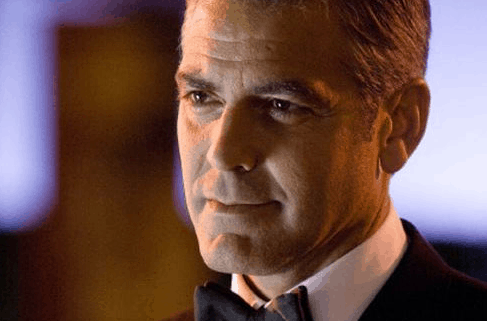 Movie stars at the level of George Clooney rarely do TV commercials, but the A-lister recently revealed that he has some alternative motivations for becoming the face of Nespresso, the single-capsule coffee product from Nestle. In addition to encouraging the company’s efforts to become more environmentally sustainable, he also spends his Nestle paycheck on something pretty unique—a spy satellite. Clooney helps fund a satellite that tracks the movements of Sudanese dictator and war criminal Omar al-Bashir and his army, in an effort to warn villagers before they can attack. He told The Guardian:

Most of the money I make on the [Nespresso] commercials I spend keeping a satellite over the border of North and South Sudan to keep an eye on Omar al-Bashir … Then he puts out a statement saying that I’m spying on him and how would I like it if a camera was following me everywhere I went and I go ‘well welcome to my life Mr War Criminal’. I want the war criminal to have the same amount of attention that I get.

OK, So This May Be the World’s Coolest Wedding Photo