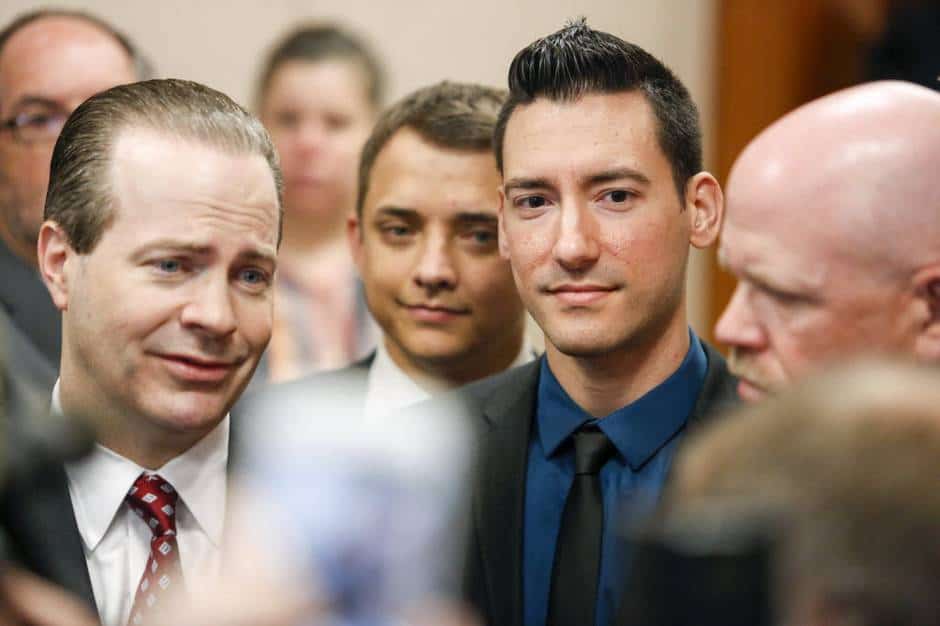 The last remaining charge against the pair of anti-abortion activists who videotaped themselves undercover trying to buy fetal tissue from Planned Parenthood was dropped today.

David Daleiden, 27, and Sandra Merritt, 63, had their final charge of tampering with government records dropped by a Texas judge. The pair was accused of using fake driver’s licenses to go undercover and try to buy fetal tissue from Planned Parenthood. They believed that Planned Parenthood was illegally selling the tissue to researchers for a profit.

The dismissal of the bogus, politically motivated charges against [Center for Medical Progress] project lead David Daleiden and investigator Sandra Merritt is a resounding vindication of the First Amendment rights of all citizen journalists, and also a clear warning to any of Planned Parenthood’s political cronies who would attack whistleblowers to protect Planned Parenthood from scrutiny.

Planned Parenthood also made a statement in response to the charges being dropped:

Planned Parenthood provides high-quality, compassionate health care and has been cleared of any wrongdoing time and again. Daleidan and other anti-abortion extremists, on the other hand, spent three years creating a fake company, creating fake identities, and lying. When they couldn’t find any improper or illegal activity, they made it up. They spread malicious lies about Planned Parenthood in order to advance their anti-abortion agenda. The decision to drop the prosecution on a technicality does not negate the fact that the only people who engaged in wrongdoing are the extremists behind this fraud.

Had they been convicted, the charges could have carried sentences of up to 20 years.

State of Maryland Will Fight Against Adnan Syed, of ‘Serial’ Fame, Getting a New Trial