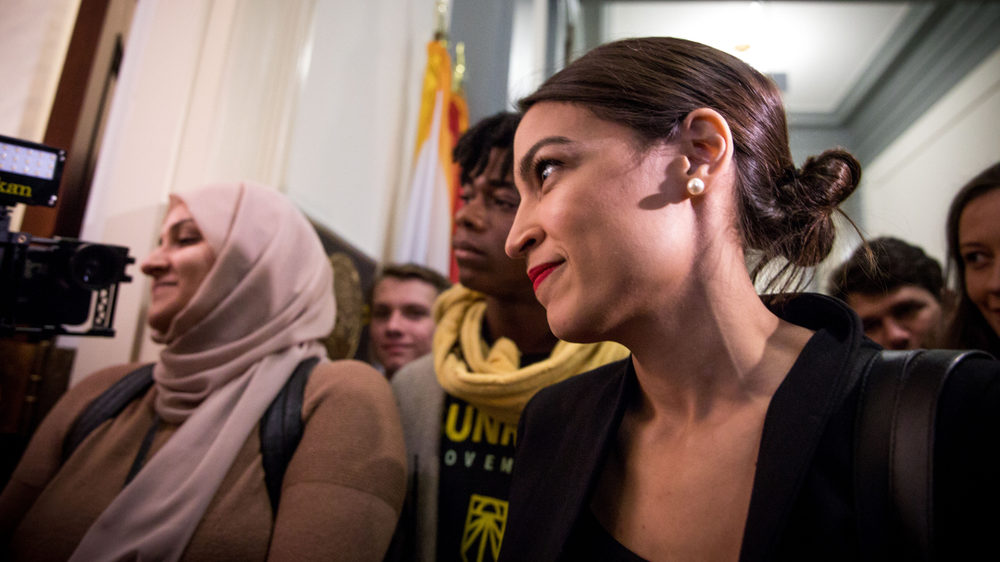 While most of her party spent the day talking about impeachment, freshman Representative Alexandria Ocasio-Cortez introduced a new package of anti-poverty proposals aimed at expanding federal benefits to more people, including undocumented immigrants.

The legislation is called “A Just Society” and would update the federal poverty line to included expenses like childcare, internet access and take into account where someone lives.

“I think one of the things that that we can get done is build popular support in acknowledging how bad the problem already is,” Ocasio-Cortez told NPR. “In doing so we can actually begin to fundamentally address those problems. If we can acknowledge how many Americans are actually in poverty I think that we can start to address some of the more systemic issues in our economy.”

Ocasio-Cortez’s argument for including undocumented immigrants in her proposal was a simple one: they pay taxes. “When we begin to unify our systems, I think that we will get more cohesive immigration policy, economic policy, political policy,” she said. “And I think it sends a message that if you contribute to our society, you should benefit from our society.”

Among the proposals in the aggressive package is strengthening the social safety net for the formerly incarcerated, scoring federal contractors on “worker-friendliness” and expanding tenants rights. It also calls on the U.S. to ratify the landmark UN human rights treaty the International Covenant on Economic Social and Cultural Rights.

As with Ocasio-Cortez’s signature environmental legislation the New Green Deal, the Just Society stands about a zero percent chance of passing the Republican-controlled Senate. But like the rest of her freshman colleagues in “the Squad”, Ocasio-Cortez has tended to focus on shifting the Overton Window via bold plans. This may mean she passes fewer pieces of legislation but, as she told NPR ” if I had to decide would I rather have the resolution passed or would I have rather preferred we start a national conversation about the urgency of the climate crisis — I would have chosen the latter every single time.”

Here’s the Trailer for Martin Scorsese’s ‘The Irishman’