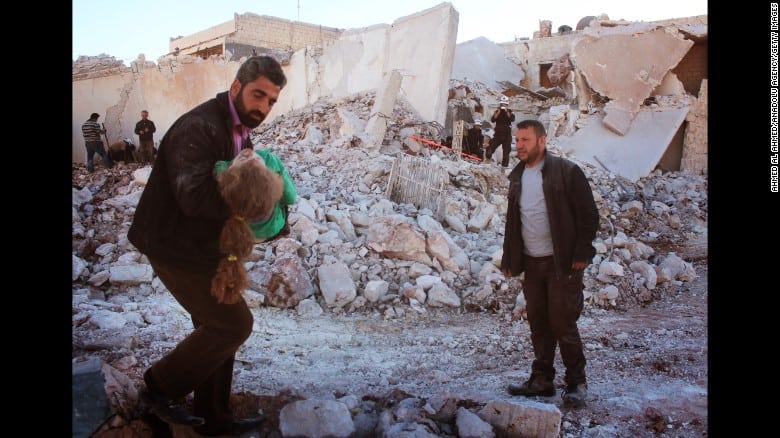 While families in North America prepare for Thanksgiving, children and families in Syria are still living under unceasing terror.

This weekend, the Syrian regime had airstrikes for six days straight bringing the death toll to almost 300 in the most intense bombing since the war began, according to CNN.

UN Secretary-General Ki-Moon condemned the assault for the death and maiming of civilians, including children. All hospitals in Aleppo are now out of service in the wake of the heavy airstrikes.

“This destruction of infrastructure essential to life leaves the besieged, resolute people, including all children and elderly men and women, without any health facilities offering life-saving treatment … leaving them to die,” said Aleppo’s health directorate in a statement to Reuters.

An Aleppo resident told CNN, “Inside the city of Aleppo is a Holocaust,” and today, eastern Aleppo is desperately short of food, fuel and medicine.

Many victims of Aleppo are children. It’s unclear how many have died in the attacks but based on the latest reports, a suspected chemical attack has claimed the lives of four children and their parents, CNN reports. In addition, eight students were killed after rebel rocket fire hit a school in the government-held al-Furqan neighborhood.

The United Nations has pushed to have aid delivered to the area and announced it has designed a detailed humanitarian plan to provide assistance and medical evacuations.