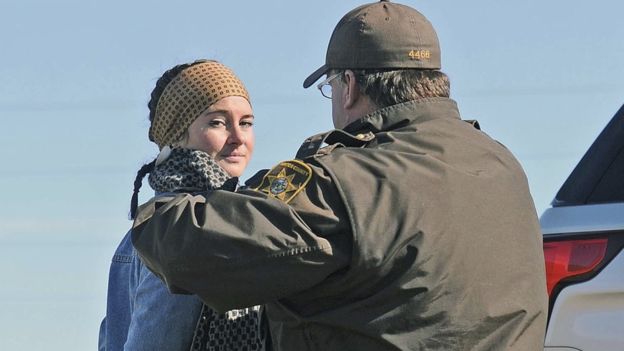 On Monday, Divergent actress Shailene Woodley was arrested alongside 26 other people for her participation in a protest against the Dakota Access Pipeline.

Indigenous activists, and thousands of protestors that have joined them, have been organizing since January.

The pipeline in question would transport crude oil from North Dakota through South Dakota and Iowa and into Illinois. The Standing Rock Sioux Tribe, a federally recognized Indian tribe, filed a complaint in federal court against the U.S. Army Corps of Engineers, the company backing construction, citing it would threaten the tribe’s environmental well-being and damage sites that are culturally and historically significant to the tribe.

The Tragedy of Dumbing Down Christianity

The pipeline is slated to transport 470,000 barrels of crude oil a day once completed. Authorities worry this would threaten drinking waterways along the 1,172-mile conduit.