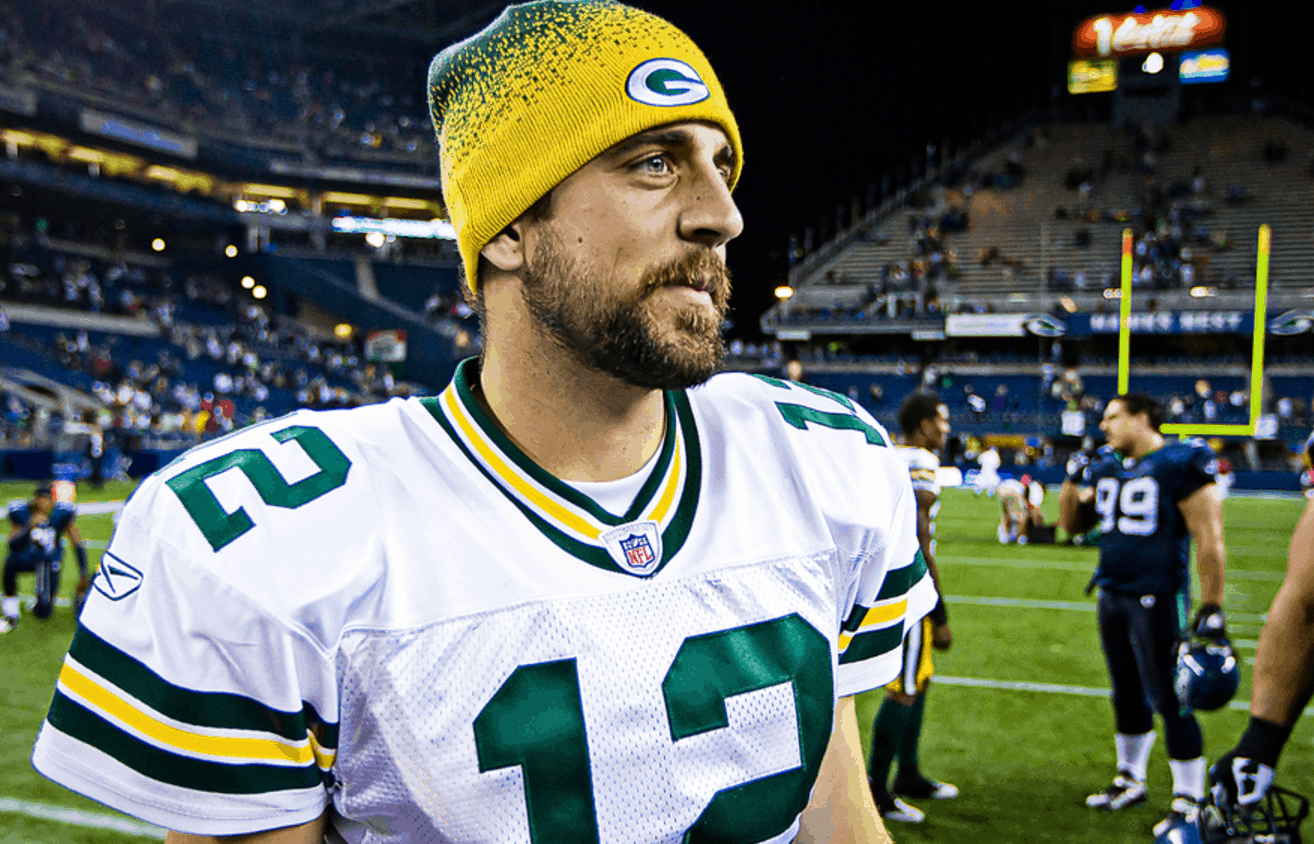 Green Bay Packers quarterback Aaron Rodgers is the subject of a long, new profile in ESPN the Magazine, and it is a stirring read. Essentially, the piece looks at how in recent years, Rodgers has been on a quest to find deeper meaning in his life.

He says that after he won the Super Bowl—achieving a goal that many would see as a life pinnacle—he began to think about what’s next and what it is really all about. It’s around this time that he also started to question the devout Christian faith he grew up with.

“I think in people’s lives who grew up in some sort of organized religion, there really comes a time when you start to question things more,” he said.

He explained that he started to question evangelism and theology about salvation:

I remember asking a question as a young person about somebody in a remote rainforest. Because the words that I got were: ‘If you don’t confess your sins, then you’re going to hell.’ And I said, ‘What about the people who don’t have a Bible readily accessible?’

Around that time, a pastor from a church in Michigan—Rob Bell—was asked to speak to the team, and the two struck up a friendship. (Later in the story, Rodgers says that he watched last year’s Super Bowl at Bell’s house with his family. They both now live in L.A.)

Since then Rodgers has begun intensely studying Scripture and has developed his own understanding of faith: “The Bible opens with a poem. It’s a beautiful piece of work, but it was never meant to be interpreted as I think some churches do.” (When asked if he still calls himself a Christian, the writer says, “he says he no longer identifies with any affiliation.”)

The entire interview offers a fascinating look at one of the NFL’s best players and his views on everything from faith and the Bible to Colin Kaepernick and National Anthem protests.