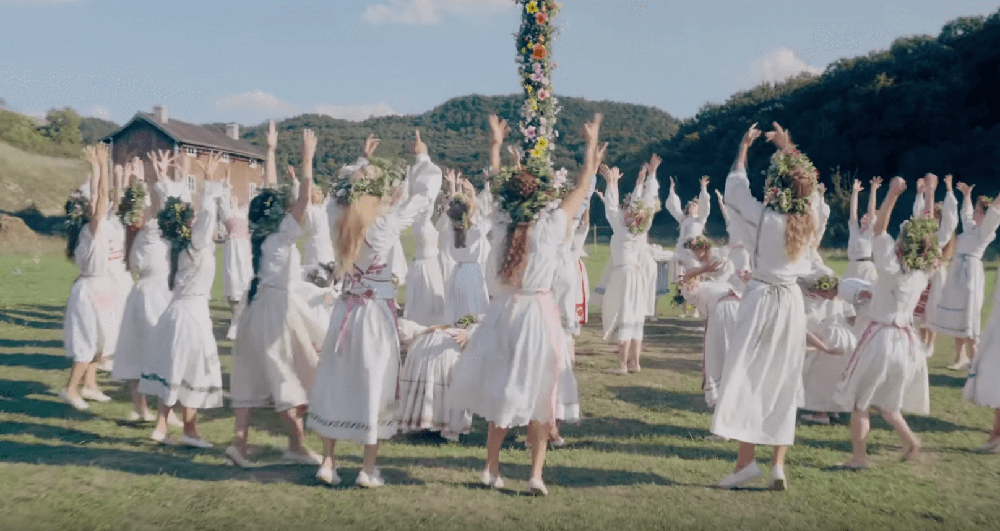 A24, studio behind some of best (and most important) films in recent years (Eighth Grade, First Reformed, Lady Bird, The Florida Project) is back with a new horror effort: Midsommar. And this one’s about a cult.

By the looks of the trailer, Midsommar seems like another fright-fest, this one exploring ideas like radicalism, devotion and mad faith. Yippee.

Florence Pugh is the star. She was the lead in this year’s pretty good Fighting With My Family, and she’ll be alongside ScarJo in the Black Widow movie Marvel’s putting out.

Next to her is Will Poulter, best known for supporting parts in Chronicles of Narnia, The Revenant and Detroit, but you’ll probably recognize him from Black Mirror: Bandersnatch. Oh, and did we mention Chidi is here? Yeah! William Jackson Harper, of The Good Place fame, is in a supporting role. Hope the cult doesn’t kill him! Haha! We’re laughing because we’re afraid.

Midsommar comes out in July.