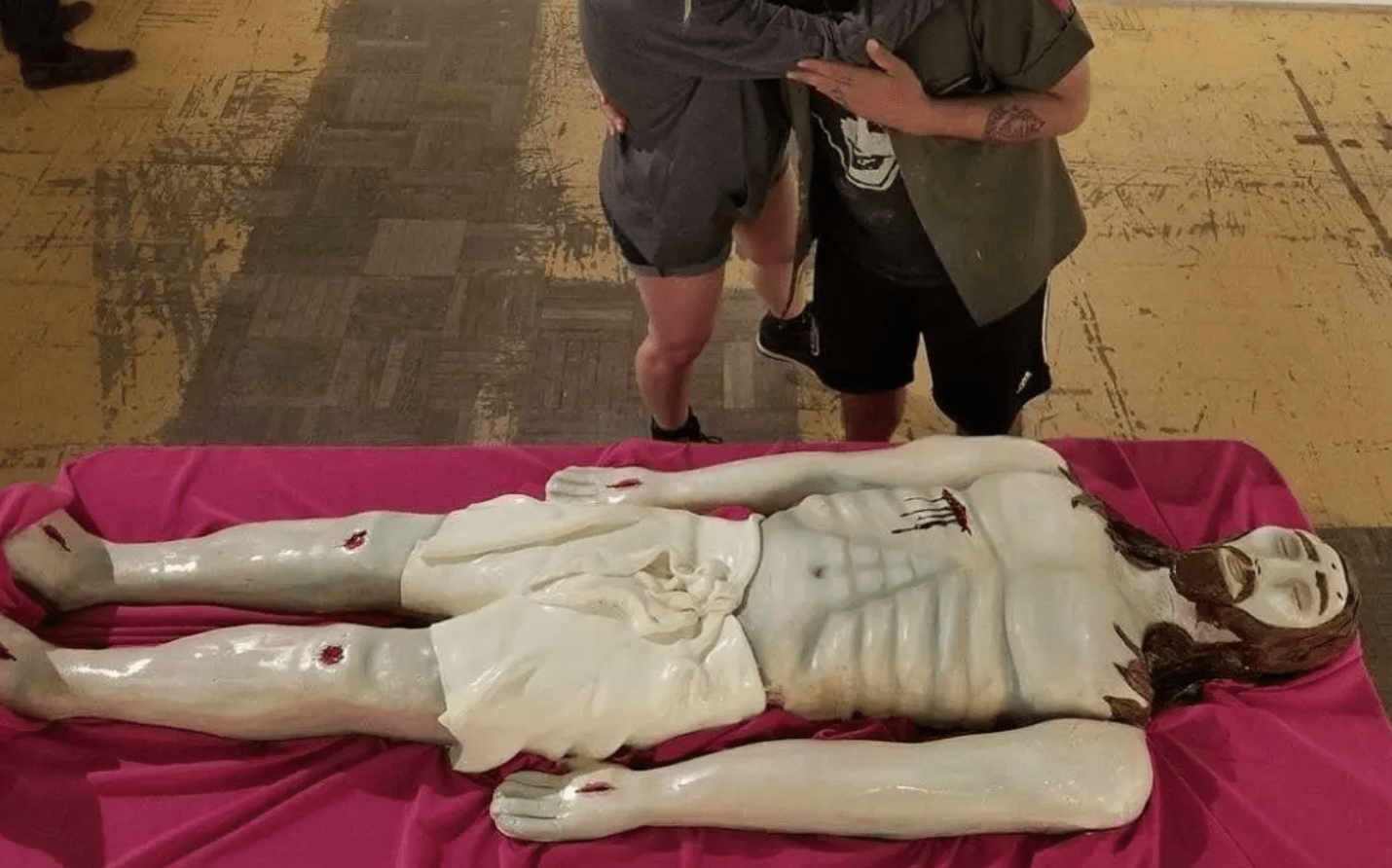 Argentinian Culture Minister Enrique Avogadro has issued an apology after he ate a piece of a red velvet cake that looked like Jesus at an art exhibit. The bite of cake was caught on video and shared to YouTube. If you are wondering, he ate a piece of cake Jesus’ arm.

The controversial cake was the work of the duo Pool & Marianela. The image above is from their Instagram account, which has since been made private.

Argentina is largely a Catholic country, and the cake has caused outrage among many citizens who saw it as offensive and irreverent.

In a Facebook post, Avogadro said, “I regret the discomfort that many people that I love and respect have transmitted to me, which surely reflects a similar feeling in many other people … I have a very clear opinion in favor of freedom of expression, particularly when it is linked to issues that challenge us, make us reflect, or are opposed to our own convictions. I also think that the place of art is often precisely that of making us uncomfortable and shaking us.”

One of the artists behind the cake explained that the work was meant to be a part of a project that looks at religion through the eyes of children.

He explained, “They represent the body and blood of Christ in their own way: eating a cake and drinking chocolate, that is their mass, their communion, their sacrament, their Eucharist.”

Ashton Kutcher Rescues Upward Of 6,000 Kids From Sex Trafficking With His Organization