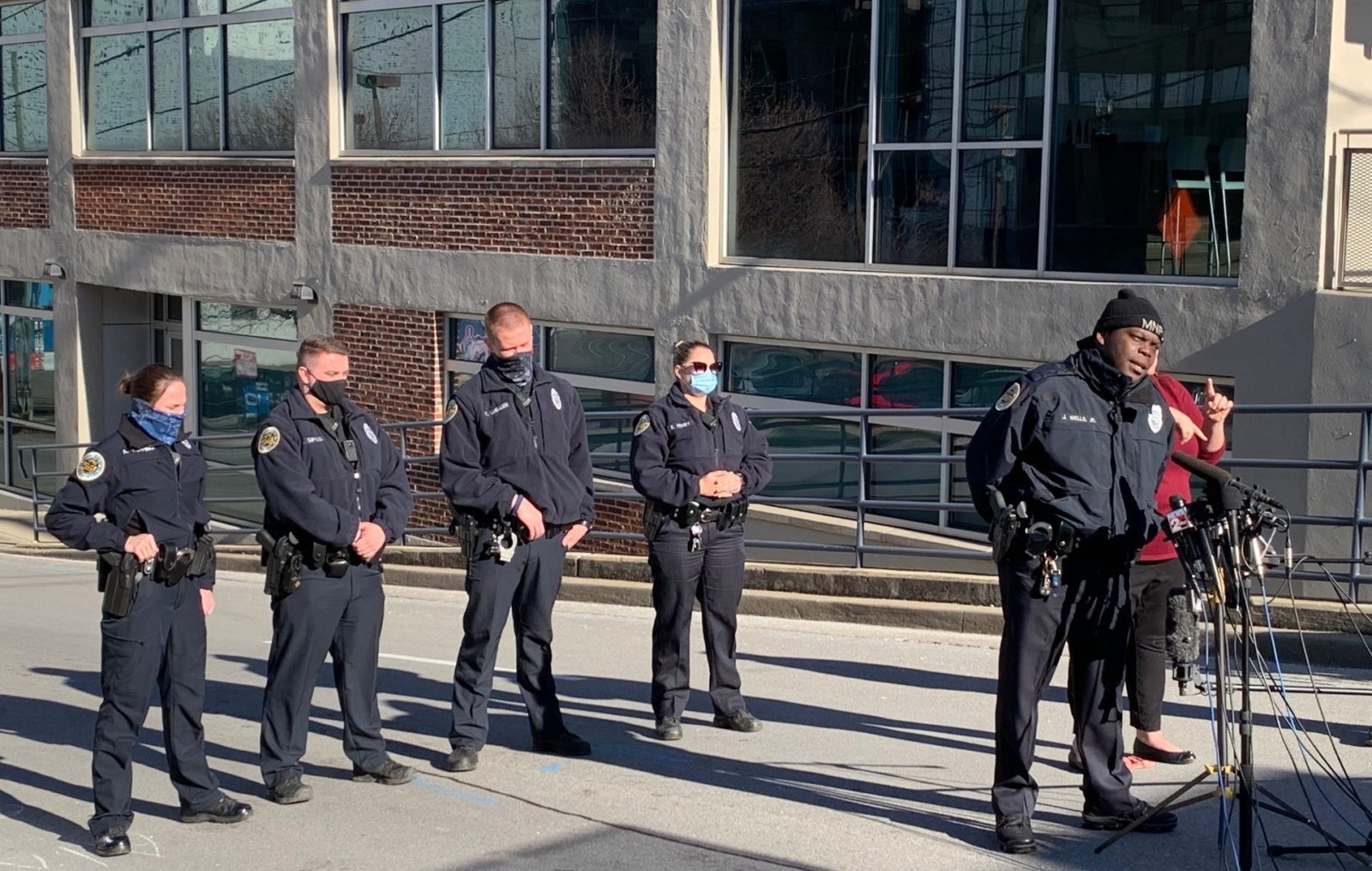 On Christmas morning, Metro Nashville Police Officer Michael Sipos was called downtown with five other officers to respond to an eerie event: a parked recreational vehicle issuing warnings to evacuate. Sipos’ body camera captured police efforts to clear the area, all while remarking on the creepy oddness of what was going on. Then, the RV exploded and chaos ensued.

Three were hospitalized but, remarkably, none of the officers or any other innocent bystanders were killed in the blast. Authorities believe that the man behind the bombing, Anthony Quinn Warner, blew himself up in the van.

The officers were emotional in remarks to the press. Officer James Wells credited God with his survival, saying an actual voice pulled him away from the van just before the explosion.

“This might not be politically correct, but this is my truth,” Wells said Sunday. “I literally heard God tell me to turn around and go check on [Officer] Topping, who was by herself down on Broadway.” It was just as Wells started to move away that the bomb detonated, knocking him off his feet.

“I’m not going to shy away from that, because that’s what saved my life,” Wells told reporters. “That’s what got me to see my kids and my wife on Christmas. And ‘good to see you’ has a completely different meaning for me now.”

Nashville Police released Sipos’ body camera footage to the public. The actual detonation takes place off camera, while Sipos’ back is turned, but it still makes for uncomfortable viewing.