Before VeggieTales or Adventures in Odyssey, children tuned in to watch a big, blue singing book named Psalty teach them biblical truths. The songbook for “l’il praisers” has taught children around the world for 40 years through musical stories such as “The Bible Alphabet Song,” “Arky Arky,” and “The Recipe Song.”

Psalty became so popular that churches everywhere used his skits and songs to teach children on Sunday mornings or at VBS. However, the blue book costume has had some …interesting interpretations over the years. To be fair, the Psalty Cinematic Universe has some unique looking characters already (How could we forget Psalty’s dog Blooper?). But recreating Psalty clearly stretched many local church’s costume departments beyond their abilities, with some wild results. Some hilarious. Some, frankly, terrifying.

We searched the far corners of the Internet for some of the best (or worst, depending on how you want to interpret it) Psalty the Songbook costume attempts. 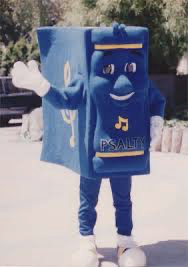 Let’s ease into this ranking with what is by far the best costume attempt, solely because it’s the only costume where we don’t see a human face, which helps a lot. This is a standard Psalty. Very good. 10/10

That being said, it gets worse from here. 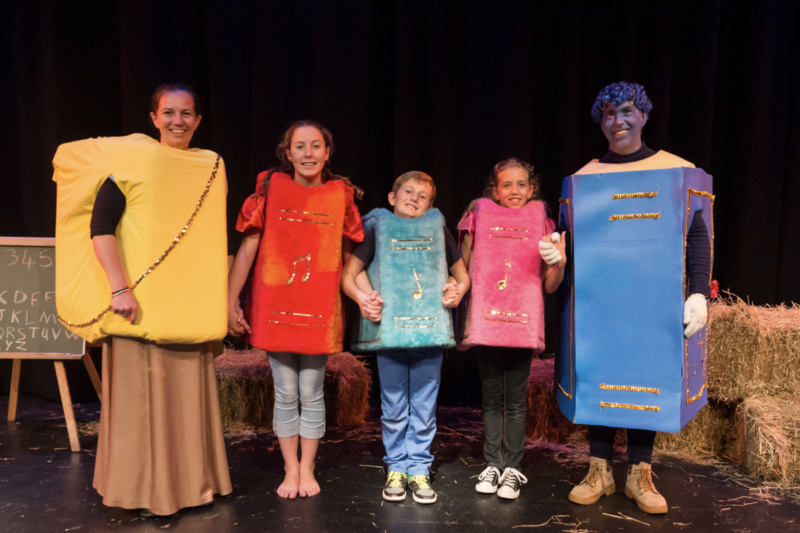 This costume attempt is a bit simple, but we do commend Psalty for committing to the character and painting his face blue. It does get bonus points for including the whole Psalty family: Psaltina, Melody, Harmony and Rhythm. We’re curious why their faces aren’t painted as well, but this ranking isn’t really about them, so we’ll let it slide.  7/10 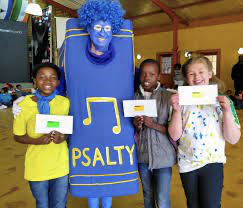 We can also assume this Psalty borrowed it’s blue afro from a clown, because no one should just have that wig sitting in their closet. 6/10 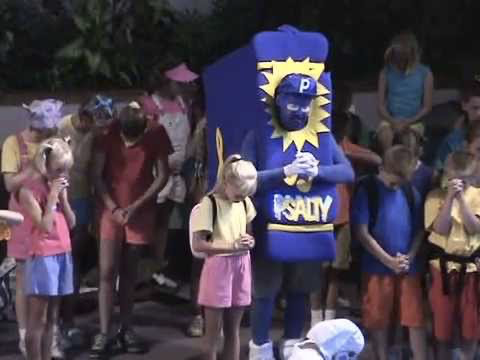 The hat does a lot of heavy lifting in this attempt. If that hat was sold as an official Psalty merch, you can bet children’s pastors everywhere would “ironically” have it to bump up their status as a cool, hip pastor. 5/10 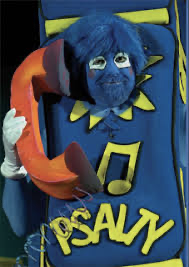 Between the wig that we can tell is obviously scratchy and the slight blush on top of the blue cheeks, we’re not sure which detail of the costume this Psalty regrets more. We can only assume he is calling someone for help about how to get blue dye out of his beard. 5/10 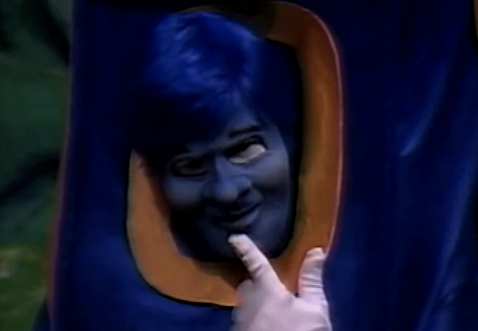 Listen, we’re all for people committing to the costume, but what is going on here? This Psalty looks like they glued golf ball-sized prosthetics to their cheeks. Were they necessary? Definitely not. But it does distract from the silky wig Psalty is sporting. 4/10 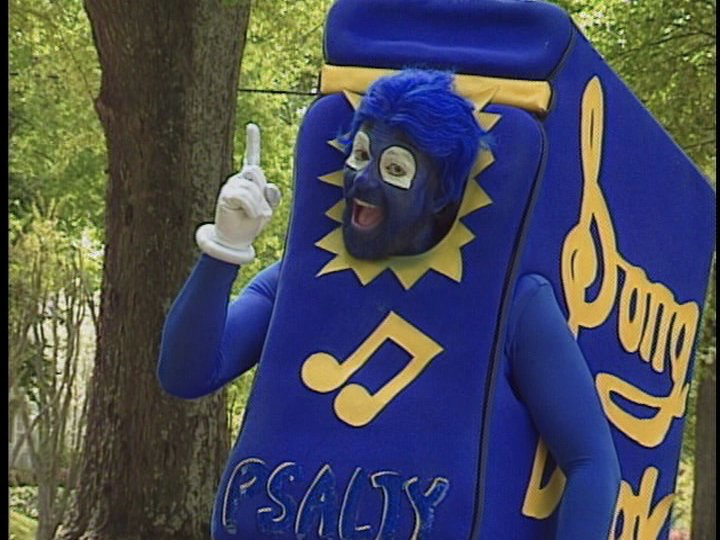 This is from an official Psalty video, so it’s not actually an attempt. This was the real deal — or as close to it as Psalty, Inc could get. We just wanted to remind everyone that the bad Psalty costumes out there aren’t all the churches’ ault. The legit Psalty costume was just as terrifying as its replicas. 4/10 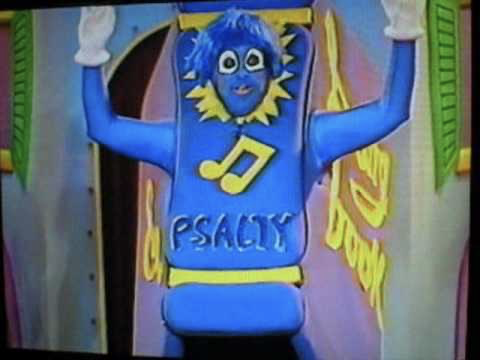 This is where the nightmares start kicking in. The wig on top of the raccoon eyes on top of the lycra bodysuit just checks off all the creepy boxes. Plus, the bright blue hue of this Psalty has some real Lisa Frank-type other-worldly vibes to it. 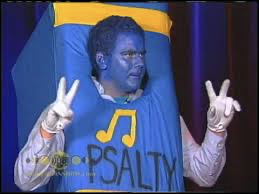 In our minds, the Psalty that was supposed to be in this skit canceled the morning of, so someone else had to step in. This unfortunate volunteer had to step in at the eleventh hour to save the day, and while we’re sure he did a wonderful job, he could have at least blended the blue paint into his neck better. The shirt, a different shade of blue, also confirms our theory that this unsuspecting man showed up to church that morning with no intention of being a big blue singing book. 2/10 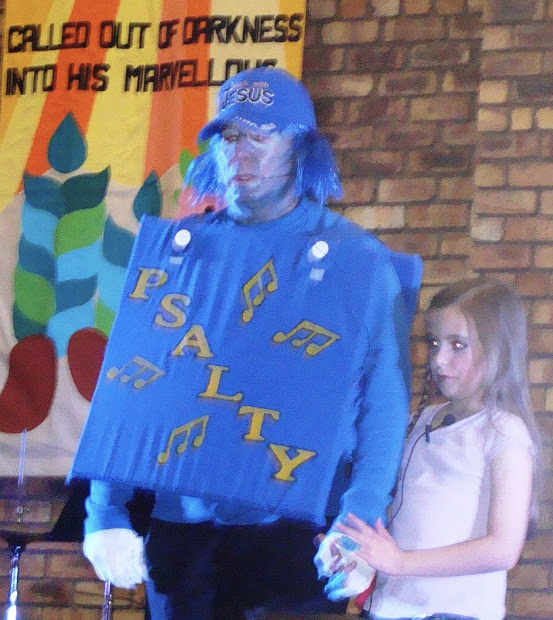 We don’t even know where to begin with this one. The scratchy-looking wig is back, but this time it’s covered by a Jesus hat. The shine on Psalty’s face could be a a malfunction of the camera, but let’s just assume it was intentional. The “costume,” if you can call a blue sandwich board a costume, is anatomically incorrect for a book. Based on the banner in the back we can tell someone in the congregation has some artistic ability, but they were clearly not consulted for Psalty’s costume. 0/10 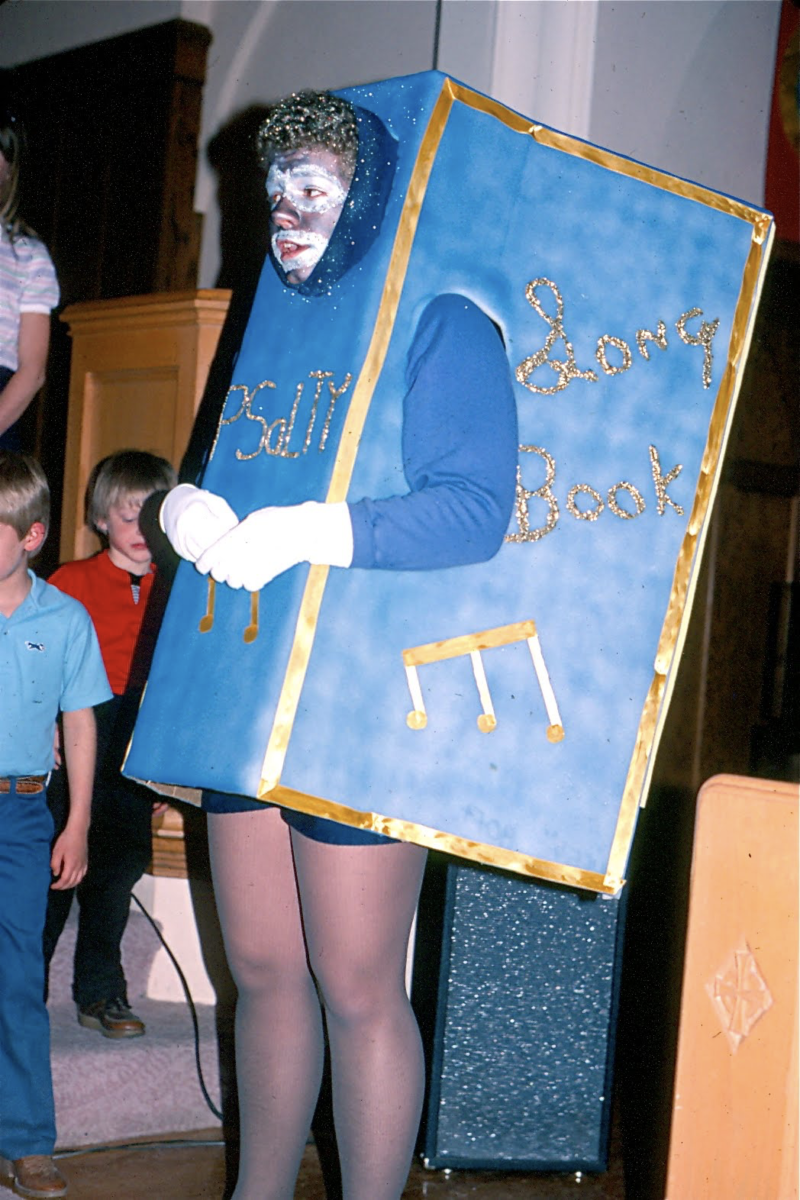 First off, we’d like to apologize to whoever is in this costume for bringing this to the internet’s attention. That being said, this is by far the worst Psalty attempt. We have a few questions for the artist behind this Psalty: We can see the artist’s creative liberties evident in the white eyes, but what was the intention with the white mouth? And who placed glitter around the face of Psalty but not anywhere else on Psalty’s body? And why does the spine spell Psalty’s name as “PSaLTY”? Was the little “a” intentional? And finally, our last and more pressing question, whose idea was it to wear tights? 0/10

Calling Out Problems in the Church Isn’t ‘Being Divisive’

Reminder: What You Spend Your Time Doing Is Who You Are Becoming