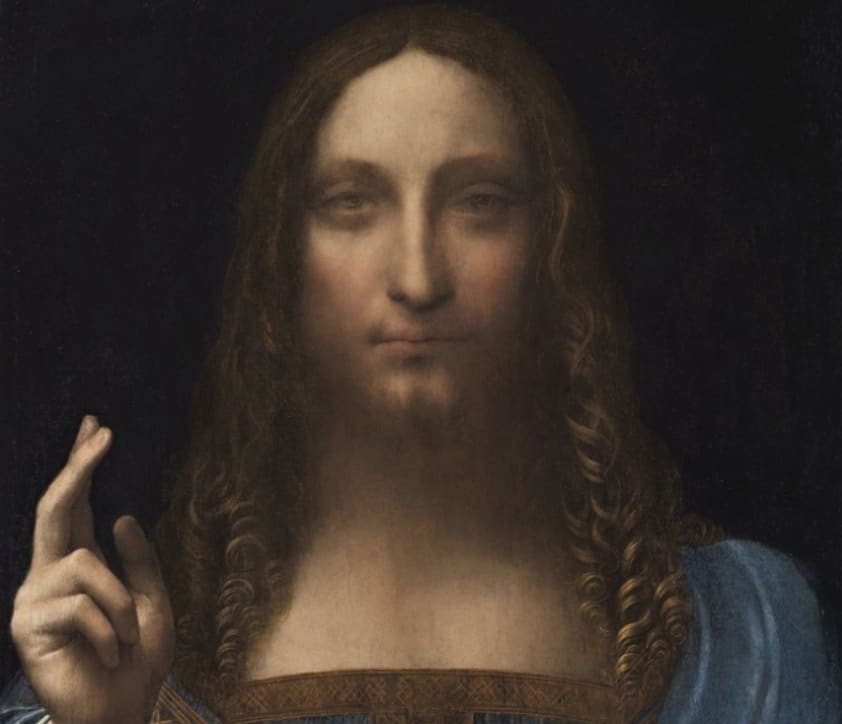 If you happen to see a (very creepy) painting of Jesus lying around that looks like it was possibly created by Leonardo da Vinci, officials at the Louvre Abu Dhabi would like to have a word with you.

The painting, known as Salvator Mundi, was supposed to go on display in the museum back in September. A culture official with the Louvre Abu Dhabi even released a statement, explaining, “Having spent so long undiscovered, this masterpiece is now our gift to the world. We look forward to welcoming people from near and far to witness its beauty.”

However, when it came time to actually display the painting, the exhibit was canceled without explanation, and no one seems to know where the painting actually is.

The painting was purchased by Saudi Arabia’s Crown Prince Mohammed bin Salman for an eye-popping $450 million in 2017. Shortly after, the Abu Dhabi culture department announced their plans to display it at the museum—though it’s unclear how they got it from the Saudis.

When it came time to display the masterpiece, however, no one would explain why the exhibit was canceled or reveal what happened to the actual painting.

The painting has long been the subject of intrigue in the art world, not only for its mystical appearance, but also its mysterious origins. It’s an open question whether da Vinci actually painted it. However, as The New York Times notes, “Now, the painting is shrouded in a new mystery: Where in the world is ‘Salvator Mundi’?

VeggieTales Is Coming Back with New Episodes