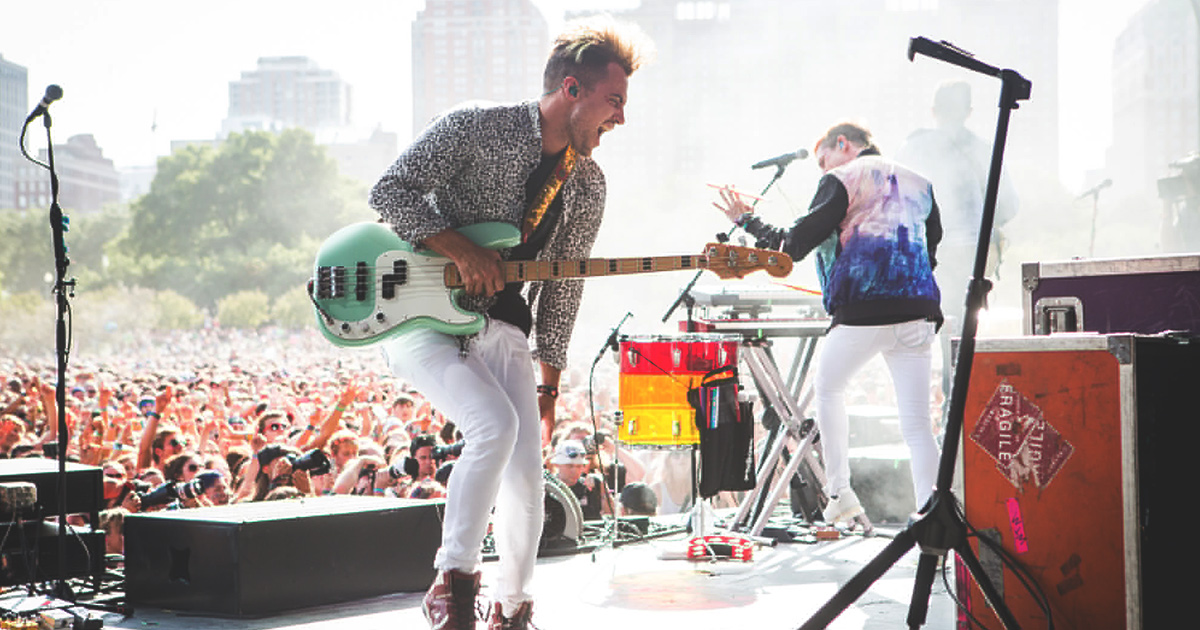 What Can Be Done About Gender Inequality in the Church?

Of all America’s music festivals, Lollapalooza casts the widest net, pulling in emissaries from every conceivable genre and, thus, drawing a massive melting pot for a crowd. That can make the experience a bit disorienting, but it’s also a great survey of the year in music. This year had festival vets like Spoon and Nas alongside promising newcomers like Desert Noises, Betty Who and NONONO and festival favorites like Blood Orange, Lykke Li and Cage the Elephant. It was a great lineup, but what good is a lineup if you don’t learn something? Here are our takeaways from this year’s Lollapalooza.

The Avett Brothers Are a Rock and Roll Band

The Avett boys might be in the new folk renaissance scene, but they’re not of it. At Lolla, the band best known for banjo-stomp ditties showed that at their core, they are a full-on rock and roll band. They took one of the main stages during an early evening downpour, slicking the field (and most concertgoers) in a sheet of mud. But instead of an easy-going set of quiet sing-a-longs, the Avett Brothers went electric, blending their reflective hits with, some thrilling, guitar-solo fueled jam sessions. The Avetts might get lumped in with The Lumineers and Mumford, but that’s really not fair to the full scope of their considerable talent. The Avett Brothers transcend the genre.

Bleachers’ Jack Antonoff Was Born to Be a Frontman

Though he spent years as one the vocalists for the indie outfit Steel Train, it wasn’t until he became the lead guitarist for Fun. (and started dating Lena Dunham) that Jack Antonoff became a star. But, at Lolla, Antonoff’s new side project Bleachers—which he formed in secret while touring with Fun.—was one of the surprise performances of the festival, largely thanks to Antonoff’s riveting stage presence as a singer. A consummate showman, Antonoff has a little Freddy Mercury in him, blasting through Bleachers’ debut Strange Desire. Though he’s said he doesn’t have any plans to quit Fun., Antonoff proved he deserves a place behind the mic.

Scottish trio Chvrches has had a great year. Since their debut The Bones of What You Believe dropped last September, the electronic indie-pop outfit has had an enviable ascent. Phantogram—another female-fronted pop-power group with electronic influences—has not received the commercial attention of Chvrches, but their seniority was evident in their live show. While Chvrches seemed overwhelmed by the scope of the festival and their own huge crowd, Phantogram’s sparsely attended, high-energy performance on a side stage was one of the festival’s highlights.

Lorde Is Here to Stay

Mark it down for your grandchildren, because they’ll be asking you about her. Lorde’s fond of inclusive talk. We’re on each other’s team. We’ll never be royals. Let’s go down to the tennis courts. A lot of her appeal can be chalked up to her insistence that she’s one of us. But, with one of the top selling albums of 2013 and a few Grammys under her belt, methinks the lady doth protest too much. Onstage, she twitches and writhes, but seems remarkably well-possessed in spite of it, her slight frame commanding far more respect than more experienced performers. She dances in jerky jolts, and it’s almost like the music is reacting to her instead of the other way around. On each other’s team we may be, but she’s calling the shots.

EDM Is Growing Up

When teenagers first started shaking their hips to rock and roll in the ’50s, a lot of older folks wrote it off as noise for brats. Those teenagers had to grow up and start owning recording studios before rock really grew into mainstream acceptance. Hip-hop went through the same phase. Now, in 2014, EDM is finally shaking off the sneers of the bewildered and coming into its own as a respected genre. Love him or hate him, Skrillex changed the game. He commanded a gargantuan, multi-generational throng at his headlining set on the final night of the festival. But many of the smaller EDM acts like Grizzly and Flume proved equally capable of whipping hundreds of mud-caked, dehydrated, exhausted fans into a frenzy.

Arctic Monkeys Is the Matthew McConaughey of Rock Bands

Arctic Monkeys have had a crazy successful mid-career renaissance, morphing from bratty post-punk ne’er-do-wells to sauntering, seedy rock and roll blokes in the span of one album. It calls to mind another actor who’d been all but written off as a shirtless goofball stuck in adolescence before a string of performances proved that he’s one of his generation’s finest talents. Strutting onstage with a leather jacket, slicked hair and a newfound growl, frontman Alex Turner looks like a rock star all right, and when he and his band opened with the rippling, hypnotic “Do I Wanna Know?,” they proved it’s not an act. Call it the Arctic Monkonaissance.

Outkast Figured Out How to Have a Reunion

Their first live performance in 10 years was at this year’s Coachella, and, by all accounts, it did not go well. But that was then. It was clear from the opening strains of “Bombs Over Baghdad” that whatever kinks they had have been resolved, and Outkast’s Lollapalooza performance was the crowning highlight of the festival. They blasted hit after hit, and wisely infused some of their deeper cuts with enough energy to keep casual fans dancing straight through. The duo seems not to have aged a day, with Big Boi flaunting his courtly machismo and Andre 3000 preening across the stage, a spastic jester. Their show was everything one could hope for from a reunion of two legends.

Sign of the Apocalypse: Scrabble Will Now Allow Players to Use ‘Selfie,’ ‘Bromance’ and ‘Chillax’