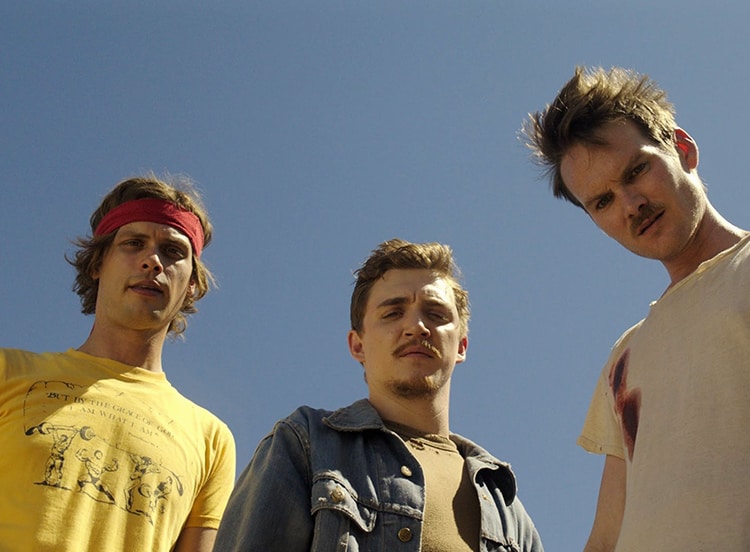 Sure, it’s fun having thousands of movies and TV shows at your fingertips, but let’s be honest, browsing Netflix can be overwhelming.

Here’s a look at some films, documentaries and a miniseries that have flown under the radar, but are still worth the watch.

One of Will Ferrell’s most underrated films, Everything Must Go (which is based on a short story by Raymond Carver), is a simple, yet beautifully profound movie. It tells the story of an alcoholic who loses his marriage and his job and on same day, and literally takes inventory of his life after his wife throws his possessions in the yard and locks him out of his house. It’s a Will Ferrell movie, so there are some laughs, but the movie isn’t about finding humor in pain. It’s about dealing with it head on.

Band of Robbers is a weird and ambitious movie, but it’s also a lot of fun. It’s essentially a modern take on the Mark Twain characters of Huck Finn and Tom Sawyer, who are aimless millennials looking for adventure and redemption for their reckless youths. However, because they are Huck Finn and Tom Sawyer, they find themselves involved in a misguided heist and a wacky adventure ensues. If you liked Wes Anderson’s Bottle Rocket, then this is one for the queue.

Another collaboration between Joe Swanberg and Jake Johnson (who worked together on Drinking Buddies and Digging for Fire), Win It All captures the duo’s improv sensibilities and mumblecore filmmaking style for a charming movie about a dude in way over his head. Jake Johnson plays Eddie Garrett, a gambling addict attempting to straighten out his life, when he’s entrusted to watch a very large sum of money for a criminal associate about to serve a jail sentence. The money not only enables his habit, but endangers the relationships he’s finally starting to mend.

Nobody Speak: The Trials of the Free Press

This documentary takes on the infamous Hulk Hogan V Gawker case and shows viewers how it was part of a disturbing trend of journalistic entities being commanded to abide by the wishes of the wealthy …or else. (Just a heads up, the trailer references a sex tape that the court case is based on.)

Get Me Roger Stone

You’ve probably heard of Roger Stone, the enigmatic political operative who helped mastermind President Donald Trump’s astonishing rise to power. But this documentary helps get to the heart of just who Stone is, how he operates and what his style portends for the future of American politics.

Mike Birbiglia’s painfully personal dramedy walks a line as either a spiteful love letter or loving hate letter to Saturday Night Live and the improv comics obsessed with making their break on the show. It’s a film that’s so intimate it almost feels like a documentary, and it manages to say something important about growing up, moving on and coping with real life in the process.

Chester Bennington, the Lead Singer of Linkin Park, Has Died

So, Apparently, the Shroud of Turin Is ‘Stained With Blood From a Torture Victim’