We recently looked at some of modern Christian music’s more head-scratching lyrics, but to truly understand the artistic license occasionally employed by Christian bands trying to convey deep spiritual (and not-so-spiritual) truths within the confines of a four minute pop song, we turn our attention to seven head-scratching music videos from some of our favorite CCM superstars.

The first two minutes of this hit from CCM stars PFR is essentially a sweet music video version of Marley & Me. The bands sings a sentimental ode to a beloved golden retriever named Goldie, as viewers watch clips from home video of the friendly pooch playing fetch, running with the family and frolicking on the beach. Then, jarringly, at the 2:13 mark things take a dark turn as the band sings the bridge, informing the listener that Goldie may have in fact met an untimely demise, and something far more sinister is afoot: We are confident that this incident / Was not an accident / As per our investigation. Well, what the heck happened to Goldie? Are they suggesting Goldie was murdered?! Disturbingly, there is a brief shot at 3:05 that appears to show the band members DIGGING A SHALLOW GRAVE FOR GOLDIE! The video then mysteriously returns to its solemn tone as if nothing weird just happened. The CCM world may never know what truly transpired on Goldie’s last day.

This video from Carman’s 2000 album Heart of a Champion is the embodiment of a nightmare. Essentially a rip-off of the film From Dusk Til Dawn, “Satan Bite the Dust” features CCM icon Carman strolling into an Old West saloon armed with a lightning-powered six-shooter pistol and a mission to kill himself some demons. He then opens fire on a group of hell-beasts who appear to be special-effects leftovers from one of those movies you’d find in the horror bin at an early ‘90s video rental store. 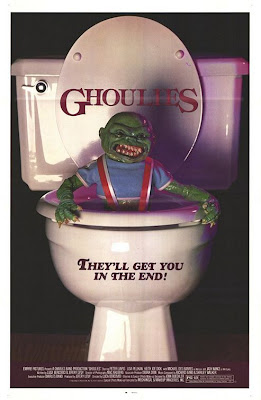 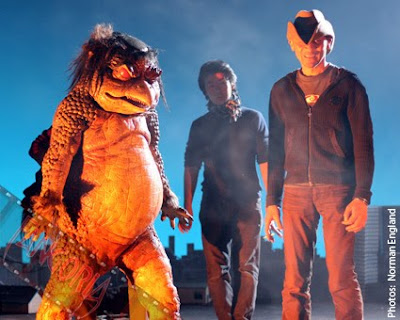 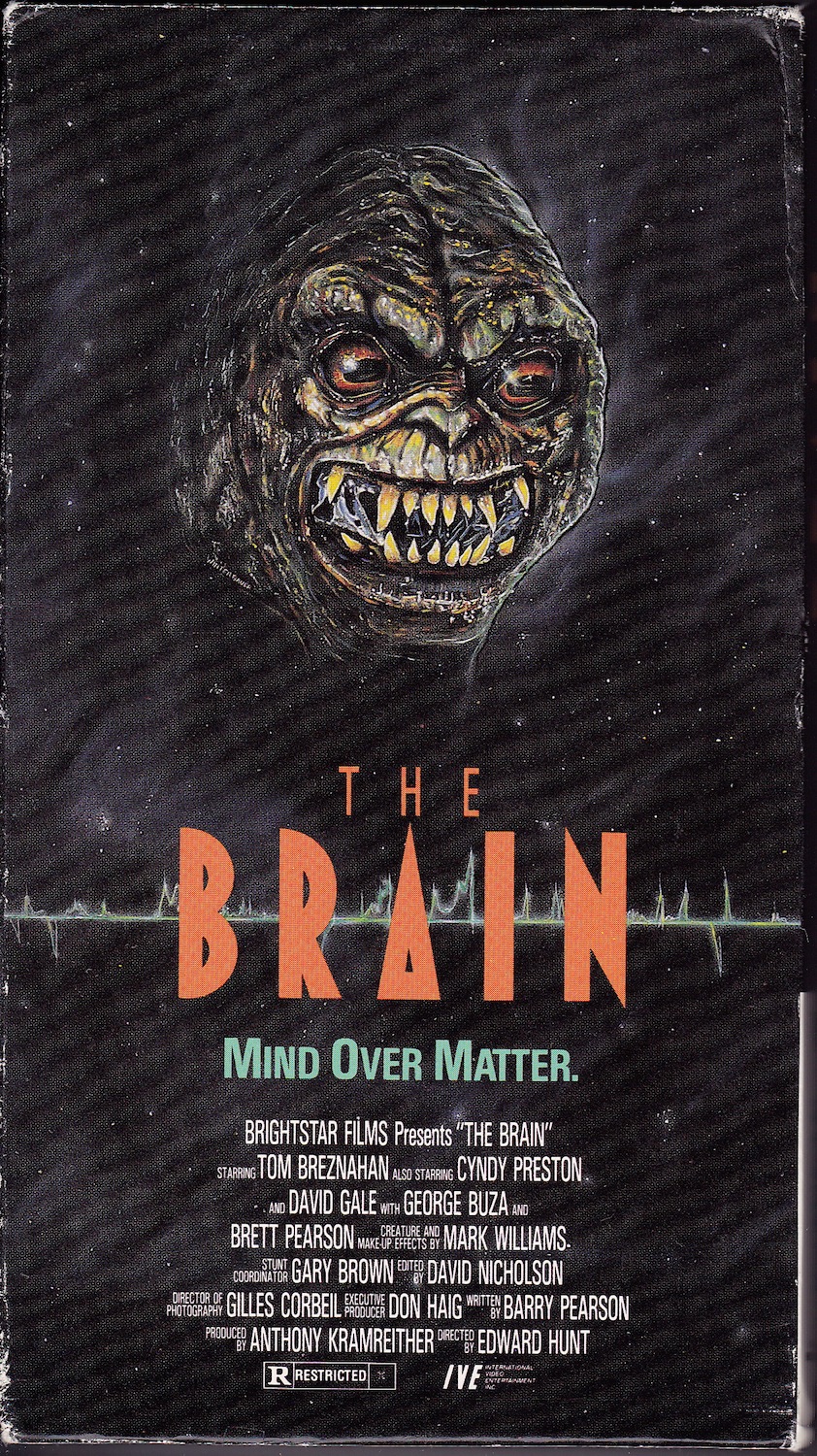 You know the kind we’re talking about. 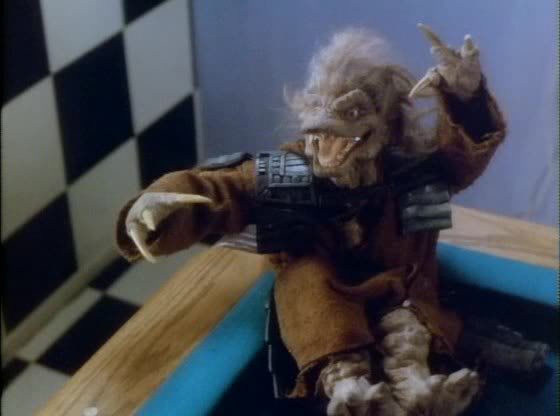 The idea is that Carman is some kind of spiritual warfare gunslinger doing the bidding of a “prayin’ church” and a “whole new breed of Christian of today.” At the end of his epic showdown with a variety of cowboy demons, Carman then disposes of a mustachioed devil like a boss—by putting two spiritual bullets in his chest. The heart of a champion indeed.

A floppy disk possessed by the devil. Demonic police officers. Spontaneous combustion. Degarmo & Key’s 1984 hit “666” truly has it all. Another high-concept narrative, the video revolves around a floppy-disk video game that sucks players into a bar from hell where they meet the anti-Christ and his henchmen. Makes total sense. Also, the anti-Christ can shoot lasers from his eyes (2:07). At the time, the video’s violence was so intense that it was briefly banned from MTV. Though this could also be due to the fact that the network executive in charge of programming didn’t realize Degarmo & Key were a Christian band, and thought the video was shockingly anti-Christian. A re-edited, slightly tamer version eventually made it back into heavy rotation.

By the time they released this Earth, Wind and Fire cover on 1990’s Against the Law, heavy metal outfit Stryper was attempting to distance themselves from their Christian-music, glam-metal past. The effort did not work out well. The video for “Shining Star” features no heavily matching jumpsuits and showcases a notable lack of

high-volume hair mousse. Instead of any glam-inspired stadium rock footage, the video simply features the band performing in some sort of futuristic amusement park attraction, whose only riders are women in Jazzercise outfits. Unsurprisingly, the video and the album were massive flops.

Head-Scratching Moment: Michael W. Smith pulls you into a psychedelic vortex (1:19) (and then begins flapping his arms like a bird as if to help you fly away with his trippy background effects)

If you took everything regrettable about ‘90s fashion, added cheap video editing effects, those scene transitions from That ‘70s Show, and them put into a blender, you would make a Michael W. Smith, “Live the Life” smoothie. The video has more frosted tips, florescent colors, exceptionally bold dress shirts and low-budget visuals than an episode of

Caroline in the City. For some reason, W seemed be looking for a departure from the earnest, energetic performance videos he was known for in favor of weird psychedelic shoe-gazing. It does not hold up well.

Made specially for the Left Behind movie soundtrack, the video for the song of the same name awkwardly tries to combine a catchy dance tune with a story about God’s final judgment on mankind. Watching clips of the destruction of humanity, parents in anguish over the vanishing of their baby and firestorms engulfing cities into apocalyptic hellscapes offer an interesting visual contrast when juxtaposed over choreographed hip-hop dance routines. We can only hope that a similar music video will be produced for the upcoming Left Behind remake.

Head-Scratching Moment: The friendly wave of a church janitor convinces a man to surrender to God (1:33)

Like the lyrics to the song (which essentially repeat basic doctrinal points), the concept of the video “Creed” from Petra lacks much subtlety—a man is running from God. In this case it is a very real, very sweaty, very emotional run. The only problem is, as the song stretches past the four-minute mark, there’s only so much running that can take place. The man ends up strolling through downtown where he encounters a couple saying grace over their meal, a street preacher being harassed by police and the world’s friendliest church janitor (1:33). The culmination of these things apparently are enough to convince him to make a life-changing decision: He jumps in his muscle car, speeds to outside of town and falls to his knees in an extremely emotional prayer.