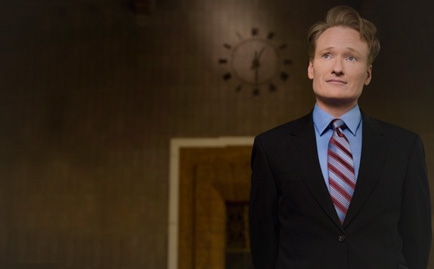 Conan O’Brien is a hard-luck guy these days. He was given the shot of a lifetime in hosting the grandfather of all late night television, The Tonight Show, only to have the rug jerked out from under him by brainless network execs who evidently think inoffensive, bland topical humor and squeaky-voiced pandering to celebrities is better than comedy that’s actually … well … funny (not that we’re bitter or anything). With this drastic change, we can only assume Conan is doing some serious soul-searching as to his next career move. So, since Leno is heading back to his old stomping grounds to suck the humor out of NBC’s 11:30 EST (10:30 CST) timeslot, we felt we owed it to Conan to suggest some ways for him to get back on his feet.

Today’s cereal-consuming public demands grittier, more realistic spokespeople. From the standpoint of a generation raised on MTV, diet colas and reality shows, Lucky the Leprechaun seems like the irrelevant relic of a bygone era. If General Mills wants to see that marshmallow-laden goodness flying off the shelves, we suggest they shove Conan into an ill-fitting green suit and have his leering, awkward face staring forth from every box of Lucky Charms. If you didn’t just soil yourself from sheer terror at the thought of that, you don’t have a healthy sense of self-preservation.

For years, Conan has joked about his eerie resemblance to Finnish President Tarja Halonen. Perhaps now he can make a career of it. In his heyday, it’s said Saddam Hussein had numerous body doubles to foil assassination attempts. We don’t pretend to know much about Finland, but if it’s the hotbed of political turmoil we assume it is Halonen could probably use a gawky carrot-top to take a bullet for her.

Since Conan’s been given the boot from The Tonight Show, it’s only logical that he’d be sent back down to the minor’s. Maybe he could work his way back to the top by sidekicking for another talk show host. We loathe to imagine Conan reduced to setting up jokes for the likes of Jimmy Kimmel. It would be like Laurence Olivier working the craft services table on the set of Big Momma’s House 3. However, what if Conan were the comic relief on a new talk show hosted by … wait for it … Andy Richter. Did your head just explode?

We have six words for you: Conan O’Brien is Little Orphan Annie. If a small part of you died after reading that, it only shows that you are normal.

Few people can compete with Conan’s luxurious coiffure. It puts even Donald Trump to shame. Just imagine Conan standing under a waterfall, lather running through his hair. In the next scene he blow-dries it and shakes his head in slow-motion. Pardon us. We have to go buy shampoo right now.

Conan and doughy funnyman Jim Gaffigan have been protecting the world for years in their cartoon series Pale Force, and if Hollywood execs have learned anything the past few years it’s that comic book film adaptations equal rolling around in big piles of money. We’re going out on a limb here and predicting that a big screen adaptation of Pale Force would make Avatar‘s box-office earnings look like the VHS revenue from Gigli. Especially if it’s in 3D. For the good of humankind, however, it would have to be written into their contracts that neither Conan nor Gaffigan are allowed to take their shirts off in the film.

This would be the sentimental choice, as it would see Conan going back to his roots. And, let’s face it, they need him desperately.

A Place to Be Honest