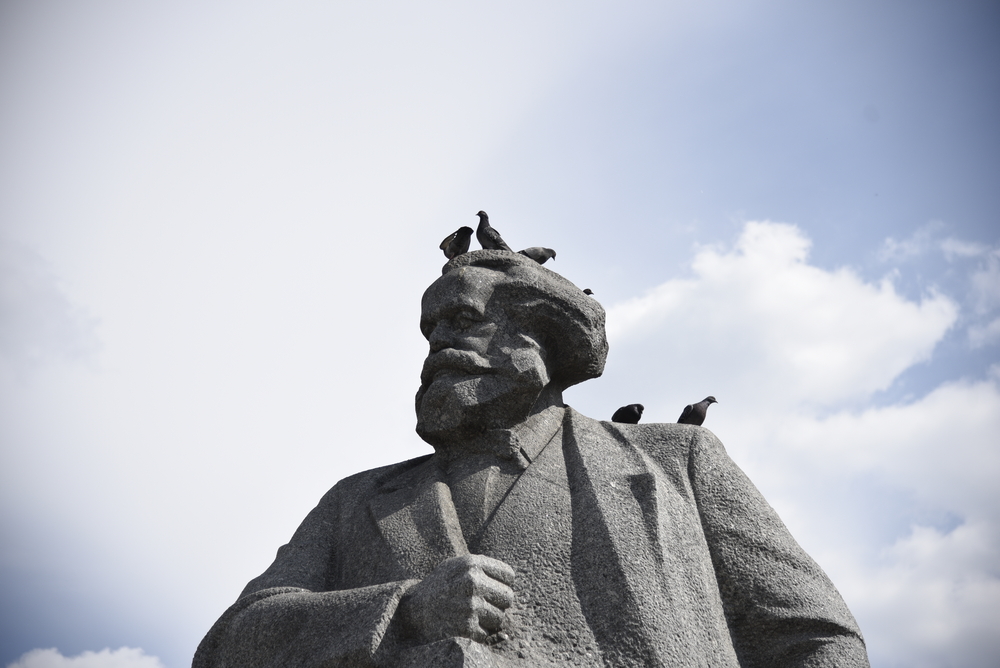 In a heated political climate, it’s always tempting to paint your opponents as extremists. It’s the American way! We don’t engage in nuanced debates about the merits of arguments we disagree with. We re-cast others as despots, fascists, Communists and — above all — “Nazis,” and argue with those fake people. This makes for pretty entertaining conversations, with two people debating a fictional final boss that only exists in their minds. Unfortunately, it also means nothing is really being debated. It’s just a performance.

We’ve seen this a lot in the last few weeks. Two high-profile Southern Baptists have now referred to Vice-President Kamala Harris as a “Jezebel” (interesting how you never hear men referred to as an “Ahab.” Wonder why?) On the left, evidence that Russian operatives waged online misinformation campaigns has been inflated into fantastical speculation about Putin as a Machiavellian puppet master with the entirety of the Republican party at its beck and call.

But for many Christians, one genre of smear reigns supreme: “Socialist.” “Marxist.” Leftist.” These labels are flung with reckless abandon at other Christians in debates around things like racism, economic inequality and conversations around gender. It’s not hard to find examples of people dismissing the conservative likes of Dr. Russell Moore, Thabiti Anyabwile and Beth Moore as “Marxists” or “Leftists” because they speak up about justice issues that are often broadly categorized as falling under the “woke” umbrella, since “woke” has now been appropriated to mean “anything not explicitly MAGA.”

But here’s the problem. Socialism has a real meaning. Marxism does too. These are actual civic and political movements with histories, research and multiple strains of thought. Leftism, progressivism and “wokeism” aren’t synonymous. These words have definitions. You might disagree with them, but that doesn’t mean you can just apply it to everything you disagree with any more than a vegetarian can call any food they don’t like meat.

If you want to have actual debate, you’re going to have to do so on the merits of the real argument — not a caricature you’ve built in your mind. Christians, especially, should be capable of dealing with the truth when it comes to things they disagree about. So, to help, here are a few things that are often smeared as “socialism” that just don’t fit.

Critical Race Theory has been an extremely controversial topic within evangelicalism over the last few months, particularly after a collective of white presidents of Southern Baptist Colleges released a statement condemning it. A number of high profile Black Christian leaders have actually left the SBC over the ensuing debate, leading some of their critics to write them off as “Marxists,” “Socialists” and what have you.

CRT is a complex lens that sees society in striations of race and power, arguing that many social problems can be traced back to deeply engrained legal and cultural systems as opposed to individual assumptions and biases. In the U.S., CRT theorizes, these systems are largely influenced and maintained by white supremacy.

Believing CRT is not an all-or-nothing proposition. Socialism can be a part of the debate, as more redistribution of resources is often pitched as a solution to dismantling some of these unjust systems. But it doesn’t have to be. Many researchers and activists — Christian and otherwise — have taken issue with particular points of CRT while endorsing other points. It’s true that a lot of people who believe in CRT advocate for things like racial reparations or other means of justice-minded economic redistribution. But none of that requires or is even necessarily tied to being a socialist.

Very few people would suggest that healthcare in the U.S. is just fine as is. Like, look around. Our country has some of the best doctors and healthcare workers in the world who’ve bravely faced a nightmarish working environment over the last year, but making sure their expertise is available to all Americans remains an elusive goal. It’s not just COVID-19. There are numerous cases of Americans dying because they can’t afford things like insulin. For a country with as many resources as this one, that’s a problem worth trying to overcome.

But the idea of reform is often tied to expanding access, particularly for people who can’t afford it and folks who live in disadvantaged communities who often have less access to good healthcare. That doesn’t have to look like more government regulation but it often does and for many people, regulation is the first step on a slippery slope that leads to socialism.

Believing Women Can Lead in the Church

This is a strange one but it comes up a lot (don’t think so? Search “Beth Moore socialist” on Twitter and scroll the results) so let’s deal with it. Believing women can and should lead and preach in the Church isn’t meaningfully tied to socialism or even really politics. In fact, gender equality within the Church is a fairly ancient doctrinal strain. While women have faced opposition to church leadership pretty much since the founding of the Church, their role in shaping the Church throughout history is well-documented and certainly predates, you know, Karl Marx.

We tend to view things through a political filter in the U.S., and feminism has been at least ostensibly adopted by Democrats (although the idea of the Democratic Party as a bastion of gender equality is, uh, dubious). So anytime someone advocates for more gender equality, they’re often pilloried as a leftist. More on that in a minute but, for now, it’s worth noting that gender equality should not be a partisan issue. Women have been championing women preachers for decades now without forsaking their conservative bonafides. Some people may still argue biblical teaching on the issue. That’s their right. But bringing “socialism” or “leftism” into it is, frankly, nonsense.

Over the last few years, the U.S.refugee cap has seen a startling decline. It was a hallmark of former President Donald Trump’s administration, masterminded by his aid Stephen Miller. In 2016, the Obama administration’s cap on legal immigrants was 110,000. Trump slashed that t0 45,000 his first year in office, the lowest since the Refugee Act of 1980. The next year, it dropped to 30,000. Last year, it was just 18,000. It was a brutal blow to many faith-based refugee organizations that saw their government funding dry up in the wake of major policy shifts.

Pushing back on this shift and other policies like family separation brought in a lot of “socialist” insults. But in reality, the U.S. has had a historic reputation as a global haven. Even as the refugee crisis has reached unprecedented highs, the U.S. has traditionally offered its vast resources to protect those fleeing violence. Many of these people are actually Christians on the run from religious persecution, but whatever their reason, offering to help those in need does not need to be the exclusive domain of socialists and leftists. In the recent past, it was something most Americans of both parties were able to get behind.

“Let me be clear,” Vice-President Kamala Harris told a room of corporate donors. “I am a capitalist.” If you think she’s lying, read that sentence again and check out the audience for that soundbite. Harris’ reputation as a California district attorney caused no small amount of exasperation for actual leftists who wanted more action against big businesses. If she is a socialist or any variety of leftist, that would come as a surprise to true leftists.

And that goes double for Biden, who spent his time on the campaign trail opposing Medicare-for-All even as the proposal picked up steam among a not-insignificant portion of his party. Since the inauguration, Biden has largely staffed his cabinet and senior staff with run of the mill Democrats like Janet Yellen as treasury secretary and Gen. Lloyd Austin III at the Pentagon. Republicans understandably oppose a lot of these picks, of course, but they are not radical, “fleece-the-rich” types. Things like gun control reform and death penalty abolition may have a progressive sheen to them, but there’s an enormous gulf between “fewer tax cuts for big corporations” and “immanitize the eschaton.”

None of this means there shouldn’t be healthy debate around these topics, just that the debate needs to be around these topics and not pretend ones. If you want to debate the merits of socialism, find a socialist and debate them. But if someone is just talking about introducing healthcare reforms, there’s no need to leap to presumed pejoratives like “Marxist” and “leftist.” It’s both inaccurate and unfair to the person you’re debating (not to mention actual leftists).

The divides in this country are not as insurmountable as they seem. The competing visions of democracy don’t have to be exclusive. But we are making things worse by jumping to whatever convenient extreme comes to mind when we talk to someone who disagrees. The best way to get over this is to actually listen to them. The second best way is to start educating yourself about what these words actually mean. Not only will you become a better, more generous and loving debater — you might have some of your own presuppositions changed as well.