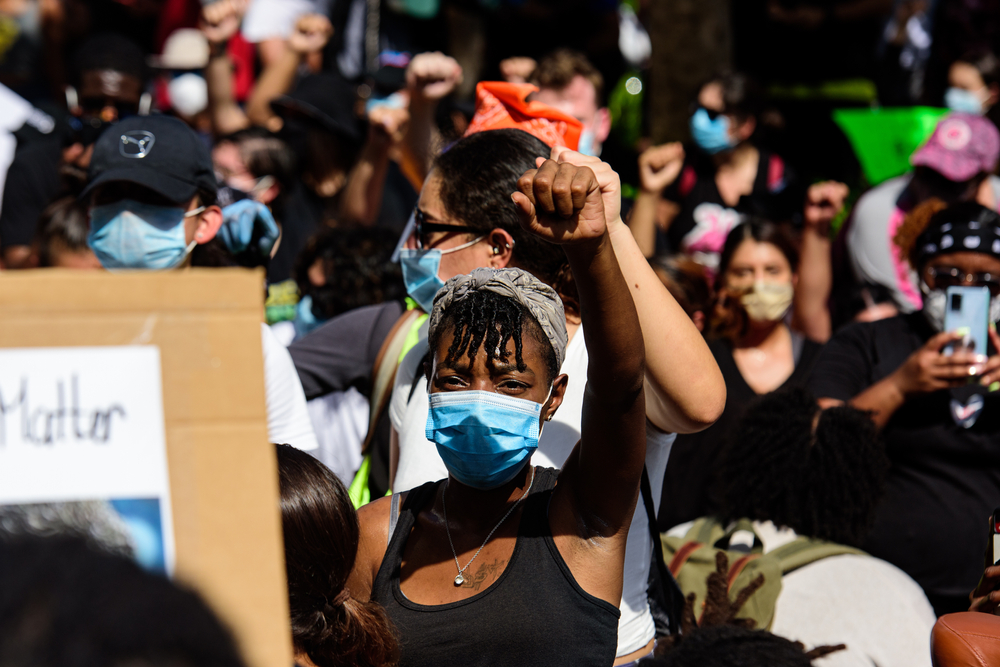 As conversations about racial justice, police brutality and a more equitable society for black people grow from the streets to other modes of activism, a lot of people are looking for ways to expand their understanding of race. Even if you’ve already taken in a lot of the books and resources being passed around, it’d be a huge mistake to ever think you’ve achieved mastery of the subject of racism. There are actual centuries of research, history and literature to consume as you move towards building your own framework for how to be engaged in the fight.

To that end, here are a few voices in the justice sphere who are well worth following — people who’ve been in this fight for a long time and have a lot of wisdom to offer as you develop your understanding. You may not agree with everything they say — they definitely don’t all agree with each other — but now is a great time to push yourself to critically engage with some new ideas and new ways of thinking about race. These are some people who can help you do that.

Boyd-Pates is a historian and professor who can help re-educate you about some of the common preconceived notions you may have received about American history through his engaging writing and journalism. Read more about his work at his website.

You may know Acho through his time in the NFL, where he played for the Philadelphia Eagles and the Cleveland Browns. These days though, he’s spending time on YouTube for his new series Uncomfortable Conversations With a Black Man, where he hosts guests for raw, real chats. Matthew McConaughey was recently on one. Check it out here.

Morrison is a speaker, trainer and the New York Times bestselling author of Be the Bridge. She’s an expert on unity, and helping diverse communities come together to reconcile and celebrate their diversity.

Jemar Tisby is the author of The Color of Compromise, which can teach you a lot about how complicit the Church has been in America’s history of racism. His book has been turned into a terrific, vital series now streaming on Amazon Prime.

As pastor of Philadelphia’s Epiphany Fellowship and author of Woke Church, Mason is exceptional and combining justice-minded efforts with biblical truths.

As a rapper, Sho Baraka has been pushing the genre forward for a long time. His online presence is also a great source of insightful voices from various lanes pushing for equality.

This triple threat author/poet/podcast-co-host is an excellent resource for anyone who likes their education to come with plenty of comedy, art and introspection. She also recently partnered with Tracee Ellis Ross for a new natural hair care line called Pattern.

The Director of the Center for Antiracist Research and author of the excellent How to Be an Antiracist has an endless number of good thoughts about how people can move from being passively opposed to racism to taking an active part in dismantling racist systems.

Thomason is a filmmaker who helps connect humans with his art, revealing the strange and wonderful connections between us all. If you’re looking to get your perspective challenged through art, this is a great place to begin.

As the Associate Professor of African & American Studies at Harvard University, few people are more equipped to educate you about race and justice.

As CEO of IMPACT Strategies, Rye works to empower young entrepreneurs to take leading roles in community activism. You’ve probably also seen her show up on NPR as a political Analyst or CNN as one of their political commentators.

Edmonson is an educator currently serving as Dean for Intercultural Student Development at Calvin College who helps bring diverse communities together. She’s also co-host of the excellent Truth’s Table Podcast.

Garza is one of the co-creators of the Black Lives Matter movement and is the principal of the Black Futures Lab, which works to create political change for black people at the local and federal level.

Chances are, you already know Lecrae through his music or maybe even his books. But if you’re not following him on social media, it’s time to change that. In addition to his own activism, he does a great job of lifting up other voices.

You may know Harper from his role on The Good Doctor, but in addition to his acting career, this man has three Ivy League degrees and is the author of multiple books like Letters to a Young Brother.

Although she hasn’t gotten nearly as much credit as she deserves, Burke was the person who coined #MeToo as a way for survivors to share their stories of sexual abuse, way back in 2006. Now, she’s the senior director of Girls for Gender Equity — a nonprofit that helps build opportunities for young women in their local communities.

As a rapper, Tedashii has always been known for speaking tough truths through powerful stories. On social media, he’s been every bit as forceful as his music, speaking out against injustice and standing for a better future.

Prop is a rapper, spoken word poet, writer, podcaster and activist whose online presence is full of sharp, thoughtful material to push you into a broader understanding of race and civic engagement.

Austin Channing Brown is the author of I’m Still Here: Black Dignity in a World Made for Whiteness, one of the absolute best books you could ever hope to read on the subject of race and the Church in America.

Coke marries activism and illustration to create simple, beautiful art that’s as edifying as it is entertaining.

A theologian and specialist on racial trauma counseling who helps minorities process the wounds they’ve received in mostly white churches. Howard passes along a lot of wisdom about his experiences on social media.

As the author of the bestselling So You Want to Talk About Race, Oluo is especially good at helping people deal with common misconceptions about things like affirmative action, intersectionality and the whole idea of “model minorities.”

In addition to hosting the Dharius Daniels Podcast on the RELEVANT Podcast Network, Daniels is an author and speaker who engages conversations about racial inequality with an academic’s expertise and a preacher’s passion.

You might be familiar with Minor’s music, but you should definitely familiarize yourself with Ownership Is the New Black — his plan to help bring equality to the business world by empowering black-owned businesses.