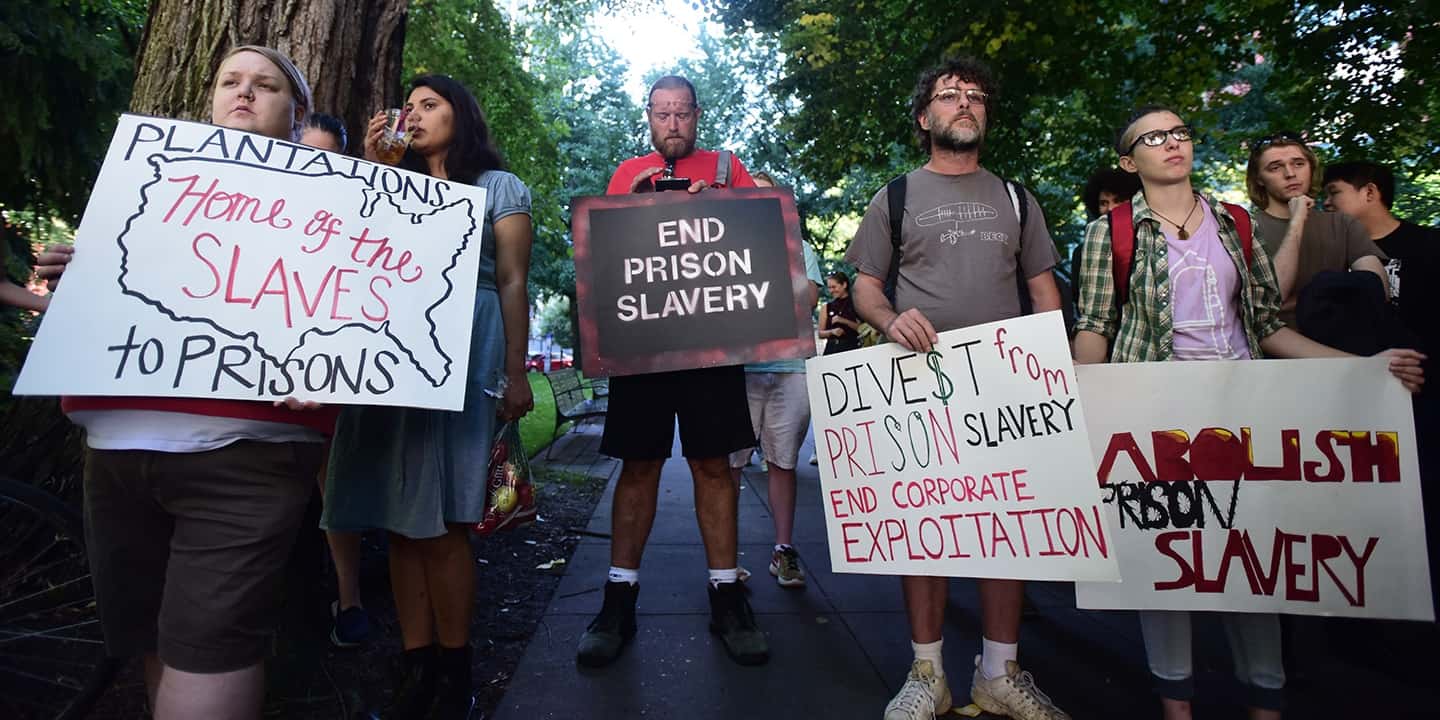 Nearly 24,000 inmates across the country did not show up to work on September 9, marking the 45th anniversary of the bloody uprising in Attica prison in New York. The strike has now continued into its third week making it the largest prison strike in U.S. history.

Organizations like The Southern Poverty Law Center and The Marshall Project have documented at length the cruel and inhumane conditions that many U.S. prisons foster.

The American Justice System holds more than 2 million people incarcerated and half of that population holds a daily job where they are paid to help run the prison or manufacture everyday items. The average pay for a prisoner working a job in a state prison is 23 cents an hour. In Texas, Georgia and Arkansas, inmates work for no pay.

One may assume this is unconstitutional but a clause in the 13th amendment outlawing slavery “except as a punishment for crime whereof the party shall have been duly convicted” provides a pipeline of prison labor within our own $4.8 billion prison system.

There Is Only One Way Out of the Comparison Trap

The Intercept reports organizers have labeled this strike as a “call to action against slavery in America.” No major media outlets have picked up the story yet, but their demand is simple—end free prison labor and restore the dignity of 2.4 million incarcerated prisoners.

3 Signs Your Life Is Too Busy

Finding God In The Mundane, Not Just The Instagrammable