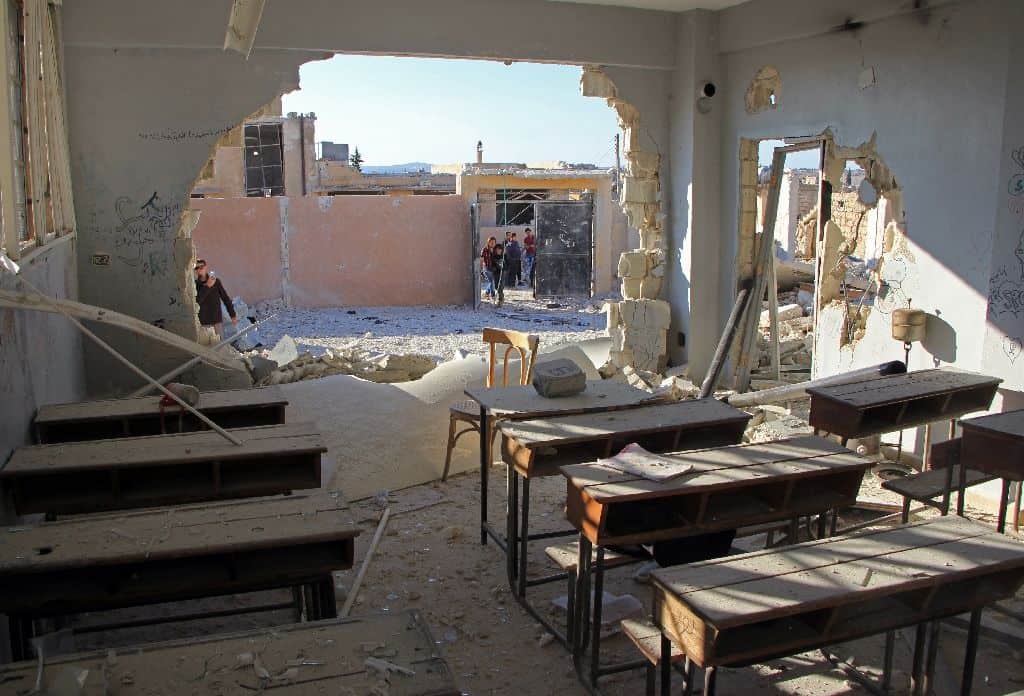 Twenty-two children and six teachers were killed in airstrikes on a school in northwest Syria Wednesday, according to UNICEF. Earlier reports indicated that the death toll only included 12 children, but have since updated.

“This is a tragedy. It is an outrage. And if deliberate, it is a war crime,” he went on to say. “When will the world’s revulsion at such barbarity be matched by insistence that this must stop?”

Reports from the Syrian Observatory for Human Rights said the attacks were by either Syrian or Russian warplanes that struck six times.

Russia’s UN ambassador Vitaly Churkin responded to questions about Russia’s involvement in the attack by saying, “It’s horrible, horrible. I hope we were not involved.”

Activists in the area have circulated different images that are said to be from the wreckage of the airstrikes including the arm of a child, dismembered from the elbow, but still holding onto a makeshift backpack.

These attacks took the number of civilians killed in airstrikes in this area to 89 just within the past week, according to the Syrian Observatory.

The latest attempts to negotiate a ceasefire have failed.