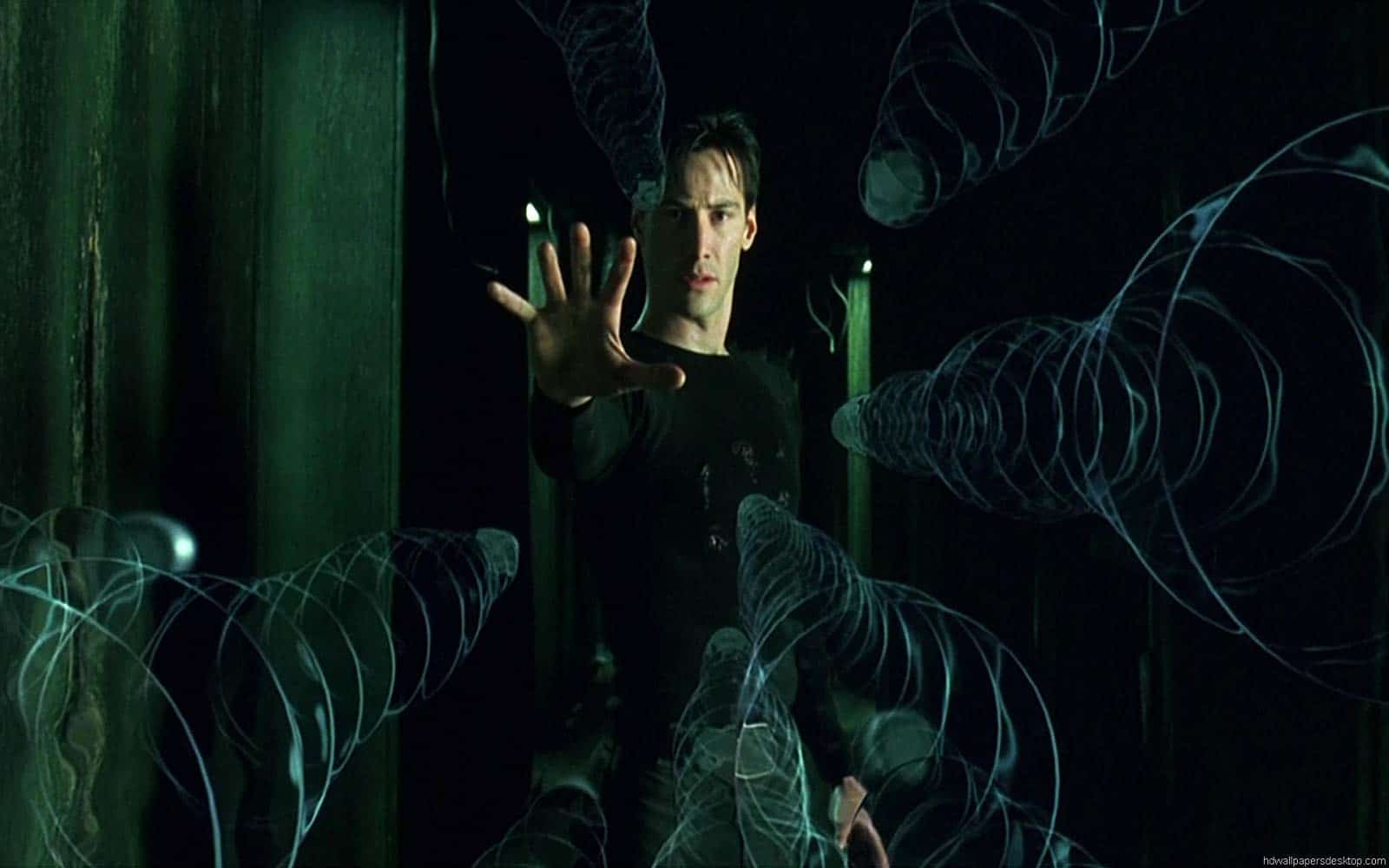 In Unpacking the Apocalypse, RELEVANT contributor Mary McCampbell explores the end-times of pop-culture for truth, meaning and insight into the human experience.

The ongoing production of apocalyptic movies and television shows reflects our obsession with stories about the end of the world. We spend our free time and money to be entertained by harrowing depictions of what our future holds, but the contemporary cultural understanding of “apocalypse” is limited.

Popular usage of the word “apocalypse” tends to refer to an end-time disaster brought upon by human greed, consumption or arrogance. But the origin of the term comes from the biblical understanding of an “unveiling,” a moment when the truth—both painful and beautiful—is revealed. When we read or watch any story, we long for an unveiling, an end that projects meaning on all the events leading up to it. In other words, we long for an apocalypse, both in fiction and in life.

In his essay, “Hystericizing the Millennium”, philosopher Jean Baudrillard claims the popularity of end-time narratives actually reflects our desire to “revere the beginning.” We want to know where we came from, why we are here and who we are. Our end and our beginning, Baudrillard argues, are outside our scope of knowledge; science cannot provide us with a full picture of either and neither can our imaginations. But we long to believe in a reality beyond this earthly realm.

Baudrillard’s ideas are the main source material for the first movie in our series on the apocalypse, The Matrix. In fact, Baudrillard’s most famous book, Simulacra and Simulation, is in the first 20 minutes of the movie. After Neo, The Matrix‘s hacker protagonist, is contacted via a mysterious message on his computer, he opens a hollowed-out copy of Simulacra and Simulation to reveal his money and some disks. The title of the book’s open chapter: “On Nihilism.”

In this way, Matrix directors the Wachowskis reference Baudrillard’s nihilism and his writing on “simulations” almost immediately. This is important when discussing some of the theological themes of the movie. In contrast to the biblical definition of “apocalypse,” Jean Baudrillard sees our desire for the end (and the beginning) as something that will never be fulfilled. There will be no unveiling of an ultimate revelation (the return of Christ) or even the sad closure of nuclear fallout; both are just fantasies unconnected to our closure-less, meaningless reality.

But ironically, The Matrix, like so many other post-apocalyptic stories, reflects a universal desire for firm truth, attainable meaning and an origin for the human story. The Wachowskis might have wanted to model Baudrillard’s atheistic worldview, but they failed. In fact, when producers for The Matrix contacted Baudrillard about possible participation in the film, he declined, saying the directors had “misinterpreted” his work.

In The Matrix, Neo is drawn into capital-R Reality when vigilante leader Morpheus reveals what Neo had previously experienced as “real” was in fact a sophisticated computer program: the titular Matrix. Humanity’s faith in manmade technology had led to their downfall, and the machines took over, feeding off humankind and relegating them to a virtual, machine-controlled world.

The Matrix‘s crystal clear distinction between virtual and real (real and Real), is one of the reasons the film is so appealing to Christians. The Matrix makes clear claims we can step outside the world of images (the internet, the television, the movie screen) into something Real, most notably when Morpheus offers Neo a choice between the blue pill, which will keep him in The Matrix, and the red pill, which will take him to Reality. Christians are taught we “see through a glass darkly,” or that our perceptions on this earth are distorted and limited. But there is Reality both on this earth and outside of it, and that’s because our narrative has an apocalyptic ending, the ultimate revelation of Christ. The Reality of Christ’s unveiling gives us hope and faith in our daily realities. It provides us with a distinction between true and false, fantasy and Real.

Of course, no matter how many sermon illustrations it services, The Matrix is not a Christian film to this degree—there is no real Christ figure and no real hope beyond the physical world of the movie. The role of Neo as the Messianic figure “The One” is interesting, but he is merely a hacker in the virtual Matrix, not a true Messiah in the “Real world.” The movie’s use of biblical references in its names—Trinity, Zion, etc.—provide mystical flair, but they’re inconsequential to the film’s plot or deeper meaning.

However, we see an intriguing reference to the Judeo-Christian understanding of the apocalypse when we compare The Matrix’s story to the philosophy of its main influence, the writing of Jean Baudrillard. In Baudrillard’s conception of reality, there is no distinction between an image (a virtual world or fantasy) and the cold, hard Real. In fact, according to Baudrillard, there is no real; all is an image.

Baudrillard uses a term from Plato, “simulacra,” to describe our world of images. He sees the simulacra as a series of images with no origin, like if you held up a mirror to a mirror and tried to figure out the origin of the many reflections. The Wachowskis allude to this idea in The Matrix‘s sequel, Reloaded, when Neo fights endless replications of Agent Smith. Neo cannot discern which Smith is the real agent, though the endless images are just as dangerous as the real one, if the real one even exists.

The most memorable, philosophically dense section of The Matrix occurs when Morpheus describes the function of the Matrix to Neo, explaining they are inside a “construct” and asking the central question of the film: “What is real? How do you define real?” When Morpheus reveals the Reality outside of the Matrix, he takes Neo to a dark, drab, deserted space and famously says, “Welcome to the desert of the real.”

This quote about the “desert of the real” is lifted directly from Baudrillard’s Simulacra and Simulations. It’s found in a chapter in which the philosopher explains God Himself is just an image, a simulation. Baudrillard claims without God, there is no moral structure to the universe and no objective reality beyond the world of manmade images. Baudrillard expresses some stark honesty here, taking his atheistic nihilism to its logical end as he explains that not believing in God means that there is no ultimate reference point for reality. If God is merely an image, then there is nothing to give meaning to our lives. We live in an inescapable Matrix of images, and nothing is grounded in that capital-R Reality. There is no apocalypse—in a redeeming biblical sense—if God is dead.

When Baudrillard claims The Matrix “misinterpreted his writing,” he is referring to the fact that it does not reflect his nihilistic belief that there is no distinction between constructed fantasy and an objective reality created by God.

Baudrillard once explained in an interview that the “most embarrassing part” of The Matrix is the fact that it relies more on the ancient philosophy of Plato than Baudrillard’s postmodern ideas. He’s right. In Plato’s Allegory of the Cave, a group of prisoners are chained to one another in a cave, only able to see the wall in front of them. On a roadway behind them, people walk back and forth before a fire, their silhouettes thrown onto the wall before the prisoners. The prisoners see these distorted shadows and believe they are reality. But one day, a prisoner escapes and sees the Real Reality, shattering the false reality he knew in the cave.

This is the world portrayed in The Matrix. It is a post-apocalyptic film that believes in an apocalypse reminiscent of Plato’s belief that a truth can be found apart from false shadows. In fact, C.S. Lewis refers to our limited earthly understanding as the “Shadowlands” in reference to Plato’s story. On earth, we cannot see the fullness of Reality, but because of Christ’s incarnation and promise of an apocalypse, we know it is there.

The Matrix reminds us to be suspicious of false realities, especially those that look an awful lot like the real world. We are easily fooled and taken advantage of, and in the world of The Matrix, the human remnant need a Messianic hero—Neo—to help them destroy the agents of the virtual world that have encroached upon the real world. The Matrix is a film about waking up and fighting hard to distinguish fantasy from reality. Baudrillard sees the movie as a denial of the idea there is no Real to fight for, but as he said, our desire to explore the end is also a desire to find the beginning.

The Matrix reflects our collective longing to believe in something Real beyond our distorted perception of reality, influenced as it is by the virtual world, fantasy and sin. It reminds us that past the world of man-made shadows, there will be a final reveal, the true apocalypse.

A New Comic Series Will Turn Jesus Into a Savage, Conan the Barbarian-Type Warrior