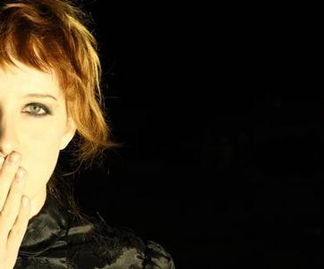 Only two years have passed since Nashville’s Brooke Waggoner released her first EP, yet her unique songwriting has captured a career’s worth of attention. She has already started her own label and is working on the release of her second full-length. Waggoner talked to RELEVANT at Cornerstone about inspiration, outreach and her growth as a musician.


What do you want people to take from your songs?

I like the idea of every song being its own thing. I’m not folk, but I’m big on stories. It’s funny now on lyrics, because I try not to be too vague. Being too vague can be a cop-out. Maybe you can’t find the words—that is the challenge in writing, you need to get to what you want to say and not keep it so open ended. It’s a fine line between being obvious and overt without being too cheesy—keeping it poetic. I try to keep the message hopeful and not hide the fact that I’m a believer. But at the same time there are creative, beautiful believers whose art is not a cheesefest. My faith is something I’m really passionate about. Every night you play in bars for people who may not get it, but the beauty of it is, it sparks all this conversation. It’s just such an outreach. In a way, a lot of those songs are for me, to be near to the Lord every night, while staying entertaining and inspiring. I’m big on challenging people and getting their wheels rolling. It opens up doors on so many levels, so I guess that’s the message: Don’t be a robot, really think things through.

What inspires you to write music?

It’s interesting. I would have answered that differently a year ago. It was an outlet— you create this little world and you go to it and it makes sense. I never felt like an oddball in the real world, but I do feel like a split personality sometimes. I come from a really supportive family, and everyone is somewhat creative in different areas. I started playing piano at age 4, so before doing it full time, it’s just been a thing. So there has never been this thought behind it—why did I go this route? It’s always been clear to me. I’m not very good at other things. If I didn’t do this, I don’t know what I would do. So to be able to do it full-time is a dream come true. That’s always been the goal—I just never knew what it would look like. It’s odd to me though because I’m not a natural performer. I’m not a live-for-the-stage sort of person, so songwriting is the place where I love to be. But I’ve had to learn to get over hurdles to bring that to people.

How have your songs changed over the years?

The last record, it was really heavy. There were a lot of personal things I was going through. I was trying to get a lot of people to use art in hard personal times, but I’m learning I don’t really think my art is meant for that, because something comes out that I don’t really know is true to what I’m trying to do. So that’s why I’m excited about the next record. I feel like it’s a fresh start and a new beginning for me. The process was different—there is not a lot of piano or drums—it’s strings and flutes and oboes—like FernGully. It’s a classical record, but I have a handful of records I really want to make. And when I get them out of my system I guess I’m done. That could be next year or that could be when I die. And I’m on my own label, which I started a year ago. It’s called Swoon Moon music. That’s what I’m captioning everything with. But I’ve been getting a little more laid back with getting married and life getting kind of crazy. I’m learning how to balance.

Who are your staples in music?

Honest to goodness, I don’t listen to music. In the last three years, it’s been losing its punch a little bit, which is kind of sad. There is not a lot of musical influence coming into play. I pull a lot from my childhood, a lot of things I grew up listening to. We were really into old Rogers and Hammerstein musicals, and that is a huge influence in a bizarre way. I grew up playing classical music—that’s another big influence. But besides that, we just listened to CCM—that is the truth. I’m not bitter about a sheltered childhood, I am so grateful for it. Sometimes I just want to go back to that place. Some sheltering is good; to be really naive is bad. But there are parts of the world I wish I didn’t know about. It’s taking in all those experiences and going to the Lord with that stuff and hearing what He wants to say and do through you.

How has it been playing Cornerstone this year?

It’s my first time. I remember I had a band in college. Our friends would live for this time of year every year. We had a bunch of friends’ bands that would come up here, so to be here, out of that scene, is different. I’m seeing it a little more third party. It’s been amazing though. The people here are so excited about music and art and what that means—even with a Christian perspective. I didn’t know what to expect, but it’s been amazing.

What are your thoughts on poverty and the organizations fighting to relieve it?

Awareness on that stuff is huge and crucial and vital. I’m a huge advocate for all of those things. There are just so many now, which is amazing. We are a blessed country. It’s a beautiful place to be, and sometimes I wonder, why here, why me? I don’t know what that looks like financially for individuals, but it’s important to know it’s there and to know the world is not this cush place that you know it to be. And it’s just getting worse. I think technology is dangerous. There is a lot of danger on the horizon with things speeding up. It’s turning people into a strange breed. It’s important to get back to the everyday simple things of life. It’s really vital not to take it for granted.

Why is it so hard to care for many of the issues?

Because they are so far removed. And they are becoming their own brand. For a lot of people it’s feel-goodery. There is nothing wrong with feeling good, but we are a country that knows nothing except a pretty easy life and freedom. Speaking from a family that grew up pretty poor, but really happy, I think the important thing is to remember that you are no different from the poor. Because really, they have a happiness in community and family that many of us know nothing about. Even if you don’t care, make yourself aware. Then whatever happens with your heart is between you and your heart. I think apathy is just lazy and our generation is becoming an example of that. But I do think, to defend our generation, there are enough proactive kids who say: “The iPod is not cutting it. I need to be a part of something.”

Where Am I Wearing Wednesday: The Faces and Families Behind the Labels