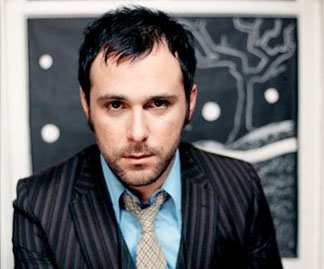 Greg Laswell is a three-dimensional artist. While culture continues to crank out American idols, Laswell’s art takes a more hand-drawn approach. Contributing everything on his albums from guitars and drums to banjos, pianos and harmonies, Laswell plays both performer and producer with the ability to amble that fine line between indie novelty and pop sensibility (you know, the kind that makes prime time television shows like Grey’s Anatomy and One Tree Hill love guys like him). Laswell’s passion for fostering the unique, the different and the risky as well as his battle with loss and hope came out in his conversation with RELEVANT.

You’re a big fan of the banjo, which seems to appear on almost every song on Three Flights from Alto Nido. What’s the story behind the affection?

There’s not a lot of banjo in pop music, but I like the banjo a lot so I put it in there anyway. When I was recording in the studio the first song that I added the banjo to was “Comes and Goes (In Waves),” and I liked it so much that I think there’s only three or four songs on Three Flights From Alto Nido that don’t have banjo on it, because I went back and put some on almost all of them. That one banjo lick on the chorus of “That it Moves” used to belong to an acoustic guitar that I recorded it with. I replaced that track with a banjo and it gave it a little more life. It didn’t really fight the track like the acoustic guitar did so I kept in.

There seems to be this profuse longing for something woven throughout your songwriting, almost as if you’re recovering from something or someone. What’s the soul behind your songs?

I’m just acknowledging loss, recovering from it, and also at the same time trying to find hope. That’s pretty much the theme of Three Flights. “Comes and Goes (In Waves)” is pretty much the center of the album, and all the other songs branch from that song.

So through brokenness there’s this element of restoration.

“Comes and Goes (In Waves)” is one of those hopeful songs that sounds like you’re writing a letter to someone. Who’s it for?

I’m writing it to all my friends and family who all had a really difficult year in 2007 for some strange reason. I kind of wanted to write a song to them to let them know it’s going to be OK.

Speaking of friends, I hear you’re pretty good buddies with actor Dominic Monaghan who starred in Lost, The Lord of the Rings Trilogy, and X-Men Origins: Wolverine. How did you two meet? Was it a bro-mance at first sight?

[laughs] He’s a really dear friend of mine. We met a couple of years ago when he gave me a shout-out in Entertainment Weekly where he said one of his favorite artists was Greg Laswell. I sent him a thank you note through my label and then he got my contact info and just called me one day and was like, “Sorry, man, I don’t normally do this, but would you want to grab a beer sometime?” We became friends instantly.

When you’re not performing, you’re producing other artists. You just finished producing Molly Jenson’s debut album, Give it Time. How did you hook up with her?

I met Molly years and years ago. We went to college together for about a year. I was writing a bunch of songs I couldn’t really do anything with, so I ended up throwing them out because they were a little too “pop” for anything I wanted to do. I decided I wanted to write with someone to get these songs out of my system, so I called Molly out of the blue, because I remembered she was a really great singer and asked her if she wanted to make a record. She had been trying to find someone to write with and had already started with a few different people that really didn’t pan out. We met a few weeks after and wrote a song together the very first day and recorded it. From then on out we kept writing and recording and ended up with this great record now. She really allowed me to tap into this unexplored female-singer side of songwriting.

So it just clicked with Molly.

Yeah, it’s effortless. We have the same taste in music. We’re both working for the same thing. There are a lot of things she thinks of that I couldn’t think of on my own. She also doesn’t really have an ego in the studio. A lot of people do.

Any plans to produce more artists in the future?

I’m going to be working with Ingrid Michaelson this summer. She just finished up her record already, but we’re going to start on some new stuff.

What do you look for when considering artists to produce?

They just have to click into my strengths style-wise. If I like an artist and I think I can do something good by them, I’ll always produce as long as I can.

Producing is actually a huge part of how I write. There are very few songs that I write without simultaneously thinking how I’m going to produce them while I’m writing them. The two are very close together. For some songs, I’ll already have the drum track in my head before I even finish writing them. It’s a very connected relationship that the two have. Even in my live shows I like to produce the songs a little differently than my record. I like surprising people and keeping them interested.

Lessons From an Old Sea Dog