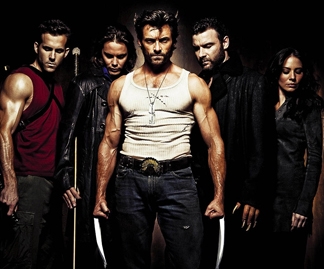 Ralph Winter’s Wolverine is a spigot of action, but even with badges of success like Fantastic Four, LOST and all things X-Men, he is the first to admit he doesn’t have everything together. Winter come to head with a conflict that both men and monsters face: the contest between the will and what’s right. Winter gives RELEVANT a peek at his journey as a Christian filmmaker at the 2009 Biola Media Conference at CBS Studios. For career-driven twentysomethings, it’s out of the classroom and into the job-hunting jungle, but God forbid we devolve into slice-and-dice mutants in the process.

You just made Wolverine. You could be here talking about anything you want—how to make it big and get money—why ambition, of all things?

Winter: Well I think for the film students in particular, the issue of ambition versus ethics is something people in the entertainment business struggle with. For students that are Christians, I think that’s an interesting topic. How do we negotiate that? How do we decide or discern whether ambition is a good thing as a follower of Christ or whether we should be meek?

The Hollywood culture is saturated in the jostling for positions, the name-dropping, the cutthroat drive. Did you ever cave in to that?

Winter: I think I cave into that all the time. That’s part of the struggle, it’s a daily struggle. I’m not confronted with making Snow White or making a pornographic movie. It’s not that black and white; it’s always gray, it’s always tough. It’s about, am I going to slant a phone message or report that is going to make me look better than someone else? It’s a daily struggle in terms of ambition. Is it important for me to get ahead? Why am I here? To what end or for whose purpose? Who’s being honored, who’s being glorified? I think that gets to the bottom of making that decision on a daily basis.

Winter: I think ambition is good and I think that we’re not necessarily commanded to be ambitious, but I don’t think you’re rewarded by hiding your talents and burying them. I think it gets down to how we treat people and what those kinds of ethics are. But in terms of getting ahead and being successful, I don’t think ambition is a bad thing. But it’s how you get there, it’s the journey, it’s how you treat people along the way.

Can you define success for yourself?

Winter: Success I think for me as a person, is probably more about the journey I’m on as a follower of Christ, so that’s closely related to, you know, how I treat and relate to my wife and my kids, my church community. That’s the kind of stuff I think that lasts and will be important, I don’t think it’s about necessarily leaving a legacy of what movies I’ve made but, you know, it’s about relationships and about the person I’m becoming. That’s what success is about.

You seem to have an Esther-like attitude on the amount of time you’ll be in Hollywood. You know, a “for such a time as this” type of deal. Can you talk about that?

Winter: I’m a history major and I have no background in making films. But I think I’ve been called, been put in a place, to make movies, tell stories. I enjoy doing that, and it seems to be those are the kinds of jobs that I get and God seems to bless that. I’m keenly aware that it’s a privileged position to be in. I don’t feel like it’s something I’ve earned and I also feel like it’s something that could go away at any minute. So I feel there’s also an urgency in terms of leveraging the experience I’ve had in some 25 years or so of doing this and how I can continue to make good films and maybe encourage and cultivate films that otherwise may not get made in a commercial marketplace.

So a lot of college students out there don’t have jobs and are freaking out. You’ve been in Hollywood for a long time. What is the key to pursuing careers with die-hard passion, but without falling to the wayside or being unethical in that pursuit?

Winter: Look, it’s always tough not having a job and looking around and wondering how you’re going to advance and get anywhere. I think that part of it is networking, part of it is seeing how you can add value to the other producers and screenwriters. It might be volunteer at first, but what are the skill sets you have that are going to add value to that person? You want that producer or screenwriter to say, “I can’t do this picture without Ralph; I need him. I need this person on my team.” When you demonstrate how crucial you are to the process and how much value you can add, that will take you a long way. Making yourself indispensable. It’s a lot of different skills that it takes to make that happen.

But as far as ambition and not letting that run away, what was the key for you?

Winter: As a follower of Christ, that’s got to be wrapped up inside of what I see as the call on my life as a follower. It’s about how I treat people—that is what’s more important. The movie is important, but the journey is more important. It matters how we get there. It matters how we care about each other. If we destroy each other to get to an end result, who cares? It doesn’t matter. You can’t revel in the success of the end result when you’ve destroyed each other along the way. I think those are the values that are in the Gospel. That is how Jesus treats people.

You’ve talked in the past about giving characters their set of ideals, what they fight for, what they value. You talk a lot about values. Can you unpack how you go about doing that in the film process?

Winter: In the film world, you do that by showing what the character does, not by what they say. That’s what is easily confused—you think, “Oh, well the characters will talk about how he likes to do good things.” No, no, that’s a radio show. No one cares about what he says, you only care about what a character does. It’s an interesting parallel to our lives. It isn’t just about walking around saying who you are, it’s about what you do. So better that we preach the Gospel without using words.

The Present-Future of Gatherings