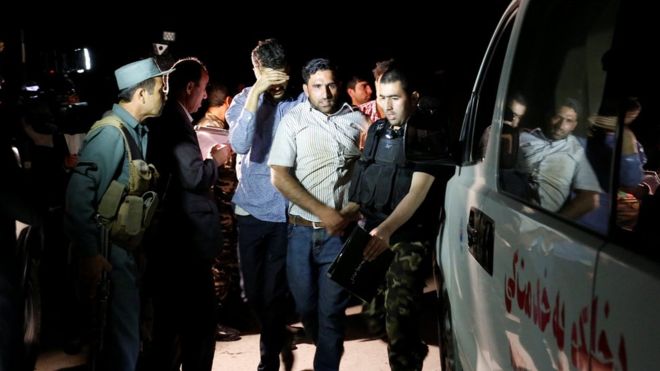 Last night, Kabul’s American University of Afghanistan was attacked by three people with explosives and guns. So far, no group has claimed responsibility for the attack yet.

Thirteen people—seven students, three police officers, two security guards and a doorman—were killed in the attack and thirty students were injured. The first blast started at 7:50 p.m. local time, according to CNN.

The three attackers continued to detonate various explosives and shoot until two of them were killed by police hours into the attack and the third detonated an explosive car in front of the university wall, according to the spokesman for the Kabul police chief.

“The university administration is working closely with relevant authorities to assess the damage and to ensure that everyone is accounted for,” a statement from the institution read.

The school is looked at as a cooperation between Afghanistan and the United States. Not many American students are enrolled, but many more Americans are on the faculty.

Earlier this month, two professors were abducted from the university and still haven’t been returned.

Cohabitation Is the New Normal

5 Conversations You Need to Have Before Getting Married