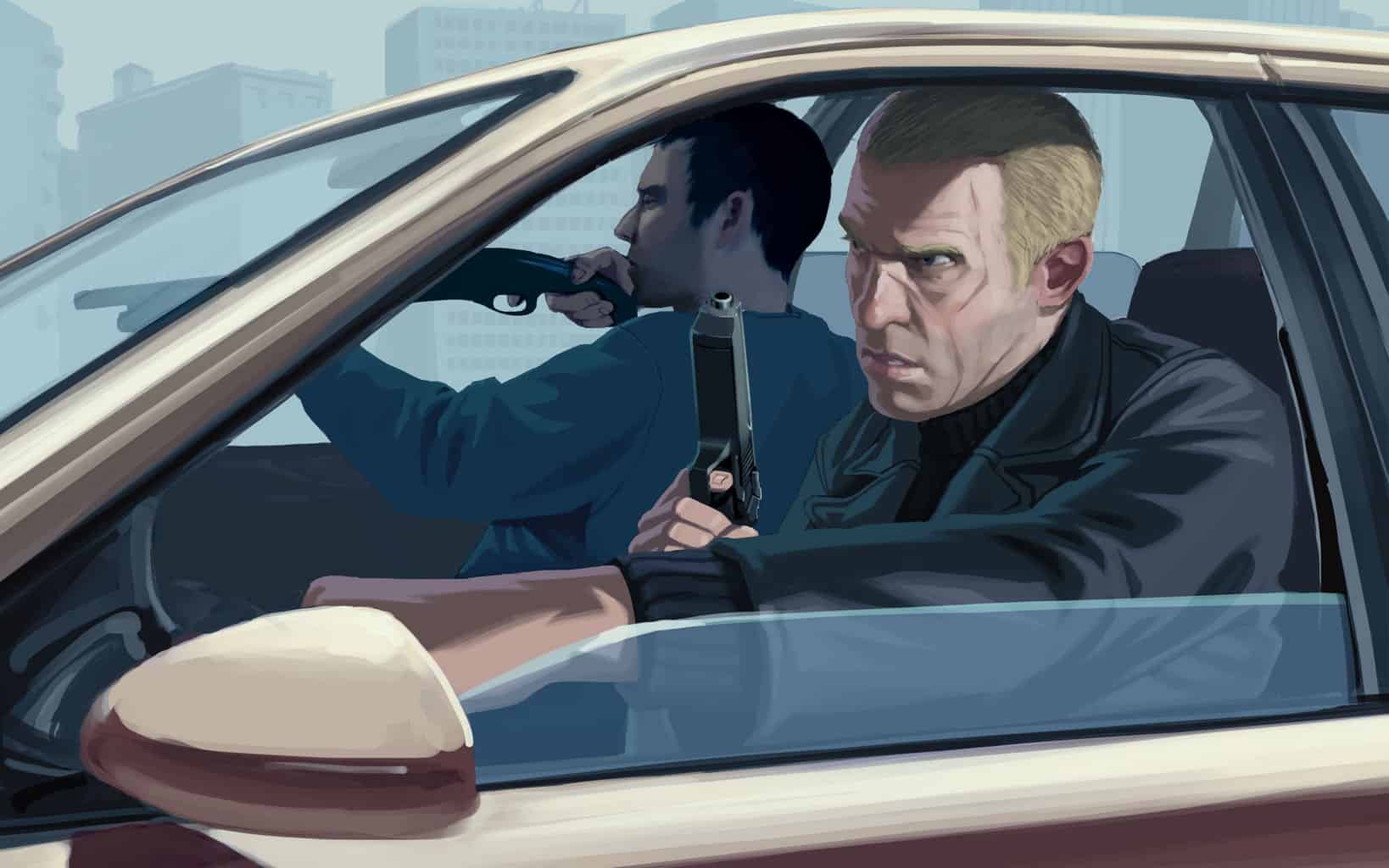 You never forget your first job. I was leaving my cousin’s place when my phone buzzed and I read the directive: Find a vehicle.

I had cash on hand—a couple thousand, actually—so I could have snagged a cab or taken the bus or even gone to the auto shop for a lemon. I had options, but as I was waiting at the crosswalk, the most beautiful car I’d ever seen pulled up to the light. The options fell away.

The car was luxury white, tapered to a bladed point and so low to the ground it tricked your eyes to think it was floating. The engine pulsed. The man behind the wheel—suited, jowly, cookie-cutter Wall Street—didn’t give me a second look until I had the door open. I grabbed him by the shoulders and hauled him out of the seat and flung him to the ground. He sprawled on the asphalt and rolled. I slid into the driver’s seat and shut the door. So fresh you could smell it.

I gunned the gas and blew through the light and raced out ahead of traffic. I looked in the rearview. No cops, no yelling pedestrians, no honking horns. Just a doughy Wall Street exec waving his fist at me. Chump.

For 10 years, Grand Theft Auto IV has presented players with a playground of possibility, but ever since its release in 2008, players have leveraged those possibilities to partake in impulsive, elaborate, often brutal crime.

Yeah, you can steal cars, but that’s rookie stuff. Jack a plane. Fight a cop. Shoot down a helicopter. In the early going, Grand Theft Auto never tells you to be a criminal, but almost invariably, you choose to be a criminal anyway. It’s one of the greatest indictments on human nature in the history of popular culture.

The Grand Theft Auto video game franchise spans seven main installments, plus a number of expansions. The games are best described as “open-world shooters,” in which the player is given freedom to run all over a fictional city with various weapons, completing missions and side quests and, if they wish, causing absolute havoc. The games are heralded most for their hyper-intelligent satirical storylines, but they’re known most for the criminality they “promote.” These are the games you wouldn’t buy your kids, but these are the games your kids played behind your back.

Criticism for Grand Theft Auto IV was rampant, especially among conservatives, parent groups and Christian organizations. Florida lawyer Jack Thompson called it a “murder simulator.” Mothers Against Drunk Driving protested the game for giving players the option to drive under the influence (intoxication affects the driving mechanics, making it harder to steer and obey traffic laws), and demanded it be barred from retail. A spokesperson for then-New York City Mayor Michael Bloomberg said the mayor “does not support any game where you earn points for killing police officers.” GTA IV was banned in Thailand, and censored versions had to be released in Australia and New Zealand.

In response to it all, developer Rockstar Games stood firm. The company’s head writer told Vulture in 2008: “There is nothing in the game you would not see in a TV show or movie a hundred times over, so I don’t understand what the conversation is about. We set out to make games that felt like they could culturally exist alongside the movies we were watching and the books we were reading.”

And in a statement to the Associated Press, Rockstar doubled down: “We believe the mature audience for Grand Theft Auto IV is more than sophisticated enough to understand the game’s content. For the same reason you can’t judge an entire film or television program by a single scene, you can’t judge Grand Theft Auto IV by a small aspect of the game.”

The controversy highlights the biggest misconception around Grand Theft Auto, and underscores one of the most precarious lines in popular culture: the difference between presentation and endorsement.

With no apologies to Mayor Bloomberg, GTA IV doesn’t give you points for killing police officers. In fact, the more crime the player commits, the more the law cracks down, and the more challenging it is to progress in the story. There’s no reward for illegality; just punishment. Really, the only reason to do something criminal in Grand Theft Auto is for the sheer entertainment of it.

The game always gives you a choice between the right way and the easy way. Busted trying to rob an armored truck? You can surrender to the cops and serve time, or, man, you can jack that armored truck, ram it through the police barricade, and make a getaway.

The dynamic of Grand Theft Auto isn’t forced violence, or even coercion. It’s temptation, and the player faces down that temptation at every literal and figurative intersection of the game’s story. The world is designed as a playground, but it’s also a mirror, reflecting back not only the worst parts of yourself, but society at large.

Niko Bellic is your avatar in Grand Theft Auto IV. He’s an immigrant from Eastern Europe, new to the States and chasing the American Dream. You start your new life performing odd jobs around town for your cousin—making deliveries and handshake deals—but the pressures of capitalism begin to force Niko (you) toward more illicit activities. Dozens of hours of reluctant crime later, you’re organizing the most elaborate bank heist in the history of the city.

Grand Theft Auto IV tells the story of a criminal and the country that made him. It’s searing. Every character you meet, every voice in your ear or on your in-game phone is pushing you toward more, more, more. Faster cars. More powerful guns. Nicer clothes. A better apartment. The game communicates to the player what the world communicates to the player. Of course, it’s heightened and exaggerated, but what makes the satire of GTA work is that, in the darkest way, it’s true. By the time you’ve realized that truth, you’re racing down the streets in a boosted sports car, bag of money and assault rifle laying on the back seat. It’s too late.

That’s why Grand Theft Auto is one of the most important, successful, permanent touchstones of modern culture: Through an original American story, it takes the player through the same pressures and temptations as the protagonist. We feel the same allure of materialism and the same rush of an explosive, wreckage-strewn escape from the authorities. We feel the same anger at the system that keeps us down and the same thrill of exploiting that system for our personal, competitive gain.

It’s a connection that only the interactivity of video games can deliver, and it’s a message that can only come from something as audacious, reckless and piercing as Grand Theft Auto. This isn’t a simulation, it’s a reflection that shows you the worst parts of yourself and the society you live in. Like everything else in the game, you can ignore that ugliness, work to eradicate it, or let it become your identity.

That’s the power, significance, and dilemma of Grand Theft Auto. It’s not about attracting or creating violent players. It’s about exposing them.